Since The Final Cut is the ultimate remastered special edition of #DreamfallChapters. Hence the an award-winning episodic adventure is now fully released on Linux, Mac, #Windows. While spanning multiple worlds and playable characters. Available now on Steam and GOG.
So Dreamfall Chapters: The Final Cut edition combines all five episodes of the original game. Allowing players to go into the #games complete and continuous story. Including reworked character designs, an expanded soundtrack, remastered audio. While even including new dialogue, improved art, new special features, lighting and animations.

Dreamfall Chapters has just received its biggest update since Book Five. The Final Cut is a free upgrade for all existing owners, and it includes a ton of changes and extra features.

While Dreamfall Chapters is a game about choice and consequence. Both dreams and reality, magic and science, chaos and order. Yet the people whose actions may change the course of history in all worlds.

So now with this latest game in the saga. Red Thread Games seeks to recapture the heart and soul of The Longest Journey. While making improvement on the immersion and game mechanics of Dreamfall. All in order to bring you a fitting, satisfying, exciting and emotional conclusion to the Dreamer Cycle.

So Dreamfall Chapters The Final Cut is available with a 40% discount on both Steam and GOG. With full support for Linux, Mac and Windows

The 2016 GOG.com Summer Sale is almost over for great deals across Linux, Mac and Windows PC

Heads up: our summer sale is ending soon! There are still about 48 hours left for gamers to unlock three free games including Darkest Dungeon, Shadowrun: Hong Kong – Extended Edition , Divinity:Original Sin and the now-complete Dreamfall Chapters.

All the Summer Sale deals are currently up, so there’s still some time left to check everything out. There are 1000+ games going all the way up to 90% off, and shopping rewards XP towards the freebies.
The 2016 GOG.com Summer Sale ends on June 22, 12:59 PM UTC. 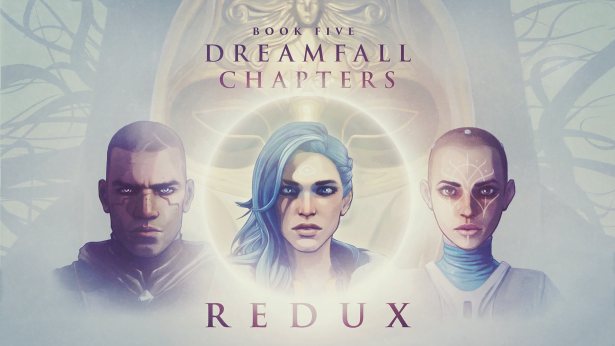 Dreamfall Chapters does not have a release date for the conclusion, but developer #RedThreadGames released #teaser images. If you have not played the previous episodes, the team outlined that the images contain #spoilers.

Notably titled Book Five: Dreamfall Chapters Redux, Red Thread are looking “to surprise everyone a few days in advance” of the release. Hopefully the screenshots and new concept art will give enough of an insight.

If you want to check out the images posted in a higher resolution, everything is available on Imgur.

After the original announcement in November 2012 before making a debut on Kickstarter in early 2013. Dreamfall Chapters hit funded rather quickly, closing out the campaign with 21,858 backers having pledged $1,538,425 for development.

The first episode of Dreamfall Chapters: The Longest Journey released on October 21, 2014

Book Four: Revelations was released in December 2015 for Linux, Mac and PC. A PlayStation 4 version of the game is in the works.

Dreamfall Chapters had a major #makeover, which now is graphically more vivid, particularly with the in-game #performance.
What actually took place. Somewhere in the #development of Dreamfall Chapters, Unity 4 started to be phased out and replaced with Unity 5. Then Red Thread where faced with major performance issues using the original engine, until they finally converted the game to Unity 5.

Over on Medium.com, the studios lead Ragnar Tørnquist admitted the conversion has been quite difficult and expensive, almost ending up a disaster for the indie team.

“Several hundred thousands of dollars is a massive pile of cash. Knowing what we know today, the decision to upgrade would have been a lot harder,” he said.

Check out the screenshots below from the Unity 5 build, while Dreamfall Chapters is now available with a 50% discount on Steam.
Ragnar Tørnquist also mentioned that Red Thread’s artists are still working on adjusting the lighting, so character’s faces not being lit for some scenes will be fixed.

Dreamfall Chapters Book Four is coming soon, which is just a heads up.

Dreamfall Chapters Book Two: Rebels consequences with a darker side

The trailer for Dreamfall Chapters Book Two: Rebels just arrived full of dreamy chatter and danger for the game’s heroes, Zoë Castillo and Kian Alvane. This second instalment brings a new city to explore: Marcuria, capital of the Northlands, home to the Azadi occupying forces and to the resistance.

As an episodic sequel to The Longest Journey and Dreamfall: The Longest Journey, Dreamfall Chapters uses dialogue choices to determine consequences. The trailer above does not show you what those choices will have, though it does suggest more of darker ride than the first episode.