Today #Techland released a #statement to fans about the release dates of Dying Light: The Following – Enhanced Edition.

As we #announced last week, Dying Light: The Following – Enhanced Edition has gone gold.  This means the game is ready, and the discs are now being  packed and shipped to stores where it will be available starting February 9th.  Keep in mind that retail and digital availability may vary slightlybetween platforms or countries (check below).

The launch of Dying Light: The Following – Enhanced Edition also means that the original version is going to be increasingly harder to come by. Digitally, it’ll disappear instantly on February 9th.  As for retail, Techland will cease shipping additional copies, so it will remain available only as long as stocks last. If you plan to grab your copy of the vanilla Dying Light at a reduced price, or want the original box for your collection, now is the best time to do it.

Whatever your choice, hopefully you have zombie-apocalyptic plans for February.

Eco is a survival game in a global sense for Linux, Mac and Windows PC, from #developer #StrangeLoop Games. The Kickstarter outlines similar gameplay to #openworld survival games like Rust and Ark: Survival Evolved. But in Eco there is more than the individual or group being threatened, but the world itself. Forcing players to work together to ensure their own survival and the world around them, which is affected by just about every action being made.

“The world of Eco will be home to a population of thousands of simulated plants and animals, each living out their lives on a server running 24 hours a day, growing, feeding and reproducing, with their existence highly dependent on other species. Enter humans into this equation, and things get complicated. It is the role of players to thrive in this environment by using resources from the world to eat, build, discover, learn and invent.
However, every resource they take affects the environment it is taken from, and without careful planning and understanding of the ecosystem, lands can become deforested and polluted, habitats destroyed, and species left extinct.”

The Kickstarter also outlines, “In the extreme, the food supply of the ecosystem can be destroyed, along with all human life on it, resulting in server-wide perma-death. Eco is a game where the player’s actions have meaningful consequences.” So using resources from the ecosystem to build within it without destroying it is not an easy task, and decisions need to be made as a group. Fortunately the gameplay will come with some tools to do so:

Currently the Eco Kickstarter has been running for two weeks and is sitting just over $97,000 of a $100,000 goal. The stretch goals include a land ownership system with taxation and building rights, along with increasing server capacity to support 100+ player counts. Which will bring about a more definitive simulation gameplay experience, potentially fascinating, even in single-player mode, which the game supports even though multiplayer is a more obvious choice.

Dota 2 fans have driven the #prizepool for global championship The International to a new record high. 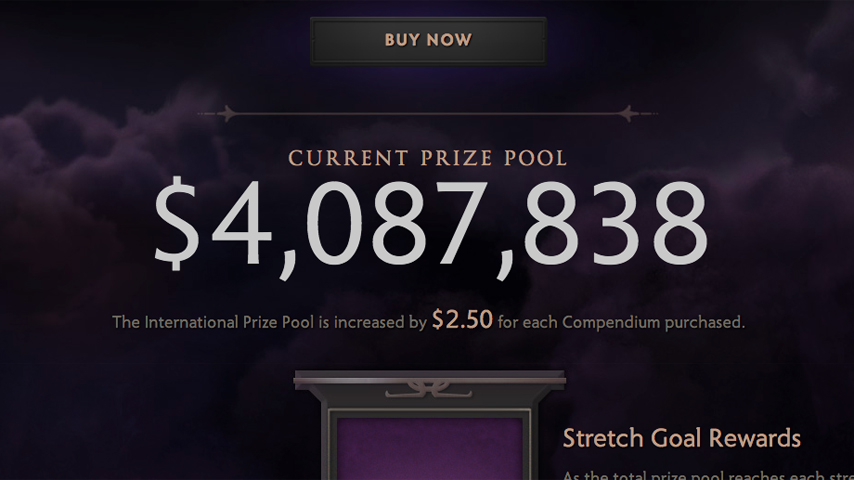 The multi-million dollar tournament is being partially #crowdfunded again this year by sales of the Compendium.

Valve’s original stake was $600,000; the rest of the funds are have been raised by the $2.50 pot contribution from the $10 Compendium cover price.