One of the #biggest 2015 #releases on the horizon for PC gamers is unquestionably #TheWitcher3: Wild Hunt. The previous entry, Assassins of Kings, came out a few years ago and asked quite a bit of players’ gaming rigs at the time.

Now CD Projekt Red announced the PC specs via Twitter, giving us a heads-up in what we need to get up to speed.

This initial release will also require a 64-bit edition of Windows 7 or Windows 8.1 as well as 40 gigabytes of hard drive space. If the past is any indication, we can expect to see the game on Linux and Mac systems sometime after this, but for now the game is only hitting Windows.

These are some pretty hefty requirements, all told, with the recommended video cards still running price tags in the $250-plus range, and many of us have already had to upgrade our video cards to make this game playable.

PC gamers, you have four months to upgrade before The Witcher 3: Wild Hunt releases on May 19, 2015.

Will AMD run out on SteamOS and Linux? 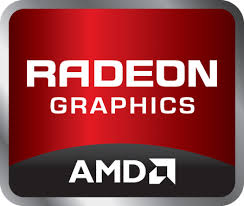 The success of the SteamOS Linux distribution is #revealing that AMD is going to get a kicking in the future and it just cannot see it.

For a decade it would have been fair enough for a consumer chipmaker to ignore Linux. All those who said <insert this year> will be the year of Linux on the desktop were usually greeted with much mockery.

While 2014 is not the year that Linux will take control of the desktop either, the writing is appearing on the wall and it is silly for AMD to ignore it.

SteamOS users are suffering from a lack of proper AMD driver support and it is taking ages for anyone to get games on the OS running.

Valve used Nvidia and Intel hardware, with the promise that support will arrive later, however no one seems to be in a rush.

Support for Linux is in parts and there is no reasonable OpenGL support. Moreover AMD is unwilling to expand the drivers.

Nvidia is doing well at working with game developers and Valve and is even bringing in new features like overclocking. AMD drivers just fix some problems with the software.

So why is AMD providing rubbish support for those who snub Windows? By refusing to see how things are going with Valve, they are ignoring the way that the industry is headed and in the long term it is going to suffer for its mistake.

Users who want to get the most out of their Steam box will buy an Nvidia and Intel combo, not because they want to, but because AMD will have such a bad reputation.

What is important to realise here is that gamers have been AMD’s bread and butter for a while. The fact they want to change their operating system should make no difference to the chipmaker, but the fact is that it does.

This is so very true, we have seen very little in the way of progress regarding Crossfire, Mantle, and Linux. It’s been labelled as “on the table” but we have no ETA nor do we see any Steam Machines really touting the AMD option.

Even more interesting is the lack of interest from the Radeon card manufacture when it comes to performance metrics.  We would expect to see something more applicable at this point with all the new releases and relavent graphics capabilities. The same goes with OpenGL, that’s a hot topic right now when it comes to SteamOS and Linux in general, nothing significant from AMD.

We will keep you posted as soon as we have more details. And if you find posts, details, or further information regarding Linux support from AMD, email us.

CryTek has announced another big tie-up with the hardware manufacturing giant AMD. At this year’s Games Developer’s Conference, CryTek officially announced that they will be integrating AMD’s Mantle APIs in to their #game #engine.

According to Matt Skynner, Corporate VP and GM of Graphics Business Unit at AMD, the German gaming #developers have formally pledged to integrate AMD’s proprietary Mantle APIs into their game engine, the Cry Engine. This would be an added advantage for developers looking to develop games for the consoles, since both the next generation consoles, the Xbox One and the PlayStation 4 uses semi-custom AMD APUs. Thus games built using the CryEngine would be automatically optimized from the get go for AMD hardware.

Mantle is what’s known as a low-level API, and it gives game developers “closer-to-the-metal” access to the PC hardware they’re developing for. It streamlines communication between a gamer’s CPU and GPU. Essentially this results in significant performance uplifts when compared to DirectX 11 on AMD hardware.

This move from AMD kind of gets development world a bit skewed towards their hardware and if pitched right, they could very well get the hardware segment titled to their favour. With a lower monthly subscription along with being royalty free, the CryEngine was an already tempting offer, and now with the integration of low level APIs that would optimize the games automatically for AMD hardware, which includes the next gen consoles, might be just the thing development houses are weighing before deciding on an engine. Add to those arguments that the CryEngine is already licensed to over 35 game studios already with about 50 games using this engine; AMD just might be in for a major market share.

AMD goes even further inn announcing that in addition to the integration of low level APIs, AMD also encourages and releases all their source codes of the various tools, like TressFX, available to the developers. According to Skynner, this kind of Open Source technique versus the “Black Box” technique which is practiced by their competitors (no cookies for shouting nVidia), allows both the developers and AMD to learn, adapt and evolve the various technologies that is leading the game industry today.

All of these talks of Open Source beg to ask one very important question, will the Mantle API be available on Linux? Given that the CryEngine is going to be on Linux, it seems obvious. Skynner had this to say “Those developments are unrelated,” Chris Hook answers. “But right now we’re doing a feasibility study to determine how and when to bring Mantle to Linux. Regardless of the trajectory, you can see our efforts to support it. AMD cards got added to the main SteamOS build this January, and we’re making a load of contributions to the Linux kernels to improve power management, performance, features, and all that good stuff. We take the SteamOS movement very seriously.” Seems like it is on queue and will get attention when the line reaches it.

AMD has released #Catalyst 14.2 Beta Version 1.3 drivers today for Windows users to coincide with the North American launch of THIEF! That means this is the game ready driver, and it’s an exclusive partner of the AMD #Gaming Evolved program. Throughout development of the PC and console versions of the game, this game title was built with AMD Radeon products in mind. At launch, AMD Radeon customers will have day-one support for: 4K gaming, AMD Eyefinity technology, AMD CrossFire technology and advantageous DirectX 11 performance. In addition, everyone will benefit from the Square/AMD collaboration through a host of graphical effects:

THIEF will be patched to support Mantle and AMD TrueAudio technologies in early March.

Where are the Linux drivers? AMD hasn’t forgotten about Linux gamers and did tell us about some interesting driver developments that are currently taking place on that side of the house. AMD has submitted the following changes to the X.ORG ‘radeon’ repository—our open source driver (OSS Linux Radeon driver):

A complete surprise to the #AMD #Linux #driver team; vastly improved #GPU #performance on the 3.12 #kernel.  In tests on a dozen cards ranging from the elderly HD3850 to the HD6950 all cards showed at least some improvements and in some cases increases of 50%.  Keep your eyes tuned for updates as they work with AMD’s Linux team to see where these performance increases originated from and to give Phoronix time to get their hands on new hardware for more testing.

This is not completely unexpected news. An upcoming change was a given when AMD hinted at improving software, development tools, and Linux Support just recently. However we are keen to see what other changes come about with AMD and further Linux support. It would be great if nVidia and AMD also considered further tuning options through proprietary software to ensure optimal cooling and graphics performance in gaming.