This is not directly Linux related but an insight into the direction of id Software.

id Software screwed up launching Rage last year, and Co-founder John Carmack knows it. He spent the opening moments of his annual QuakeCon keynote last week apologizing and explaining what happened, pointing to the unwise decision to optimize it for pre-release AMD graphics drivers that were not publicly available on launch day. Most of those problems were addressed within 24 hours, but the damage to Rage’s reputation — and id’s — was done. Now, a year later, I sat down with id’s CEO Todd Hollenshead and Rage’s Creative Director Tim Willits to find out where it plans to take Rage next, Doom 3 BFG Edition, mod tools, and always-on DRM.

Rage in a Cage

Walking around the floor of QuakeCon, I was hard pressed to find evidence that id had launched Rage just a year prior. I’d assumed going in that we’d see details on the rumored Rage: The Scorchers DLC, which might finally populate the Downloadable Content menu option that’s led to a blank screen since launch, but there were none to be found. What’s the deal? 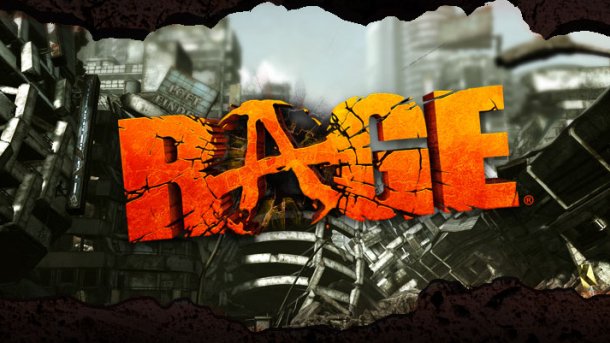 “There’re a couple of things up in the air, to be honest,” explains Willits. “I can say that we’re working on something. The problem is, if I say we’re going left, we’ll end up going right. If I say we’re going right, we end up going left. I’m not trying to be too dodgy, but that’s the situation. We really tried to get everything finished before QuakeCon, because we knew that everybody was going to ask us this. So, I’m sorry.”

“We really tried to get everything finished before QuakeCon, because we knew that everybody was going to ask us this. So, I’m sorry.”

Since Willits declined to comment on current and near-future plans, I posed a more open-ended question to him: Where does he see the Rage franchise 10 years from now, or to speculate even further, what would he personally like to do with it if he had unlimited resources?

“Not a massively multiplayer game, but to have the ability to have a wasteland that just exists,” says Willits. “You have all the instances, those you play by yourself locally — the ghost hideout, the bandit clan, the Scorchers and stuff — but the wasteland is open to the public. So when you come out of a mission you’re out there driving and other people move through it. And then you have Wellspring or Gun Barrel and some other towns. So that part is community. But the first-person combat, you still do that by yourself. That would be awesome.”

Riding With the Devil

That sounds like a game that would require a persistent internet connection to work, which reminded me that last year, in the weeks leading up to the release of Rage, Willits found himself in the proverbial hot seat when he told Eurogamer that always-on DRM “would be better for everybody.” I had to ask what he was thinking there. “I got all kinds of shit for that!,” laughs Willits. “People thought Rage was going to be all DRM’d. I said a game like Diablo 3 is going to be so popular, it can pull something like that off.”

I quickly pointed out to Willits that even Diablo 3 itself had trouble pulling off always-on DRM. Was seeing that disaster happen to Blizzard of all companies enough to change his opinions on the subject? “I will stand by my comments,” says Willits, but stated that id has no always-on DRM plans.

“The hardcore pirates are going to figure out a way to beat the system, regardless of how secure you think you make it. You never want to inconvenience a legitimate customer, in any unreasonable way.”

Hollenshead weighed in to point out that while piracy itself is a perpetual industry problem, “always-on and DRM and all those sorts of things are pretty hardcore solutions.”

“We’ve taken the approach over the years that locks on doors keep honest people honest,” explains Hollenshead. “The hardcore pirates are going to figure out a way to beat the system, regardless of how secure you think you make it. You never want to inconvenience a legitimate customer, in any unreasonable way. There are reasonable things that the industry ought to be able to do to protect itself from pirates. For us, we tend to push the technical edge on the graphics rendering and let others drive forward on anti-piracy stuff. Honestly, for us, it’s a choice about where we’re going to put our R&D efforts. We’d rather sit back and watch what happens and see how that stuff works out. If they come up with a good solution that’s customer-friendly and all of that, that might make sense for us. But we’d have to evaluate it.”

The conversation turned to id’s decision to re-release DOOM 3 as the BFG Edition, and one question: why? On consoles it makes a lot of sense, considering the only way to play today is the stripped-down version for the original Xbox. But other than serving as a testbed for Carmack’s experimental VR headset technology, what’s Doom 3 BFG going to do for us PC gamers that the hundreds of available mods can’t? 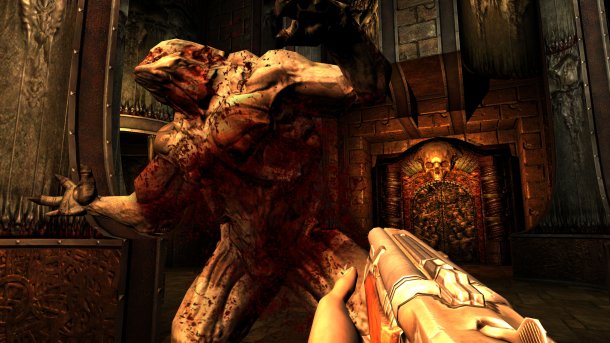 “John was really interested,” explains Hollenshead. “Because when we originally released Doom 3 we were pushing the hardware envelope even on the PC, just to get the game to run at 30 frames per second. Now we’re able to run at 120 frames per second on top-end PCs. And John really believes that there’s a substantial difference between gaming at 120Hz versus gaming at 60Hz. It’s sort of a core philosophy with where we are on game development now.”

“John really believes that there’s a substantial difference between gaming at 120Hz versus gaming at 60Hz.”

It comes with a catch, though: because of the modern Rage technology id’s injected into Doom, Willits says BFG Edition won’t support the mods designed for Doom 3, particularly those built on the Doom 3 source code id released in 2011. But can they be made to work?

“This is up to John to decide, so this is out of my hands,” explains Willits. “He’ll either need to rip out the id Tech 5 stuff to open-source it, or if he can’t do that, then he’ll need to create a separate DLL that’ll allow you to load mods. But he’s not sure which way he’s going to go. But that doesn’t mean that we’ve forgotten the mod community. It’s just that John hasn’t figured it out yet.”

Build Me Up Buttercup

Which brings me to Rage, and its lack of mod support. That too is expected to arrive at some point after the release of Doom 3 BFG, says Willits, but not a lot of people have asked for it because modding Rage will be “complicated, and takes such a level of artistic talent.” 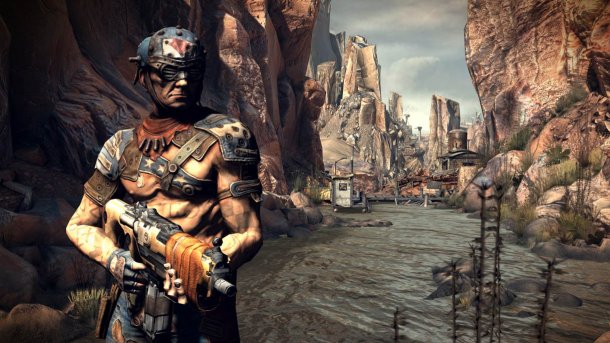 Even if there’s not a ton of demand, I hope Carmack and his team take the time to release the mod tools. If Rage is just going to be left in limbo while they try and figure out what to do next, why not put it into the talented modding community’s hands to extend its life? And besides which, id has long served as a model for other developers to follow when it comes to supporting the mod community, and it would be a shame to see Rage become the sole exception to that rule.

It’s good to see that Rage’s stumbles and mediocre reception haven’t dampened id’s internal spirits too much, though — Willits can still find plenty to be proud of there. “Even John sometimes forgets — because he’s so brilliant — the shit that we did in that game and got working was f**king hard,” explains Willits. “The whole wasteland and the vehicle combat and the racing, on top of a kickass first-person shooter? It was really hard! I’m proud of the accomplishment, of the fact that we were able to pull those systems off. We could have done the same corridor shooter that we’re famous for and people would have loved it. I’m just proud that we took some risks and tried different stuff.”

How we almost lost Doom 3 and id for good