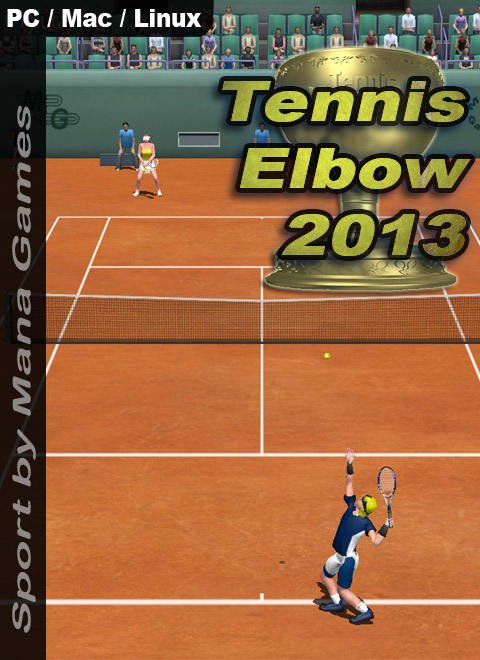 Tennis Elbow 2013, after a long time in Greenlight, is finally coming to Steam on March 13th! This game is a tennis simulation with an easy and intuitive learning curve but with exceptional gameplay depth.

This tennis game is designed for all tennis lovers whether gamepad mashers or keyboard novices, thanks to its numerous difficulty levels. In addition an optional visual help system will assist you in aiming the ball and positioning your player.

Tennis Elbow 2013 is a game series with deep roots, starting in 1996, whose gameplay has been tuned and balanced with love all over the years bringing a challenging and rewarding tennis experience.

TE2013 features one of the most complete World Tour ever made in a tennis video game. With 3500 players evolving over 38 years competing in 300 tournaments each year, from the low rank tournament qualifications to the top level event finals, both in singles and doubles competition, you’ll feel like diving into a real professional tennis player’s career in either men or women’s tennis.

The Steam edition features 57 achievements & stats, cloud save and the classic Steam integration.

If the Steam edition is a success, then Linux and Mac OSX to be ported to Steam around June, both editions can be pre-ordered here.

For the best gaming experience, the system requirements are: a 2 GHz CPU with 2GB RAM, and a 128MB 3D video card.