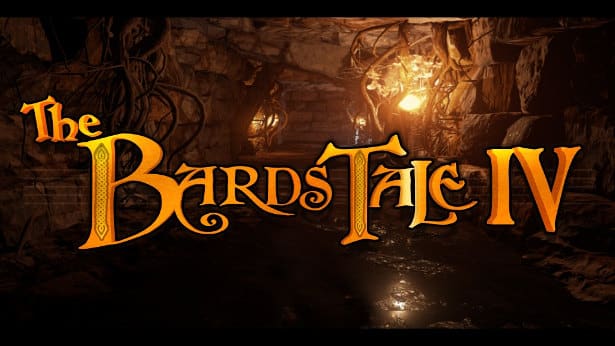 The Bard’s Tale IV has a new demo walkthrough video for Linux, Mac and Windows. Which released from inXile a couple of days back. And since we are looking forward to the full release on September 18, 2018. The demo does looks impressive. Which is somewhat of a given for an Unreal Engine 4 title.

inXile Entertainment follows up the demo walkthrough video a new announcement. HEnce the launch of a new website. While this site is mainly for folks looking to discover more about the game. There are also a couple of items that are of interest to you. So inXile wants to share a first look.

So part of the new website is a suite of pre-order packages for non-backers. If you have any friends that have been following the game or might be interested. It’s time to share that Tux Love and spread the word. Since pre-orders include a pair of new in-game items. Kael’s Axe and the Fire Horn.

Returning fans will know both names as two of the more powerful weapons. These were viable items in the original Bard’s Tale.
While these items are special pre-order bonuses for new players. Every backer receiving a copy of the game ($20 pledge level and above) will be receiving these items for FREE.

While those who are eager for the coming release. You can pre-order from the new website, $27.99 USD to get the two bonus items below.

So you’ve got these returning classics to look forward to wielding against your enemies. This is inXile’s way of saying thanks for backing the game and helping to reach this point. Each item has its own story, and we’d like to share that with you in a first look.

The Fire Horn is a relic from long before the days of the Three Great Evils. It was the creations of the dwarven smiths of the Haernhold. Having also been commissioned by King Aildrek of the Baed. Making it for him a battle horn that would set aflame the ships of Gotten raiders. Also doing so before they could enter Skara Brae’s harbor. This was before Aildrek became known as the Witch King. So the dwarves did not yet know of his villainy. They were soon to learn.

Regarding the Fire Horn, this has been a long wait for me. A year ago, we did a backer survey asking about which returning weapons you most wanted to see. We didn’t list the Fire Horn, and easily our largest write-in answer was “FIRE HORN!!!” and variants thereof! Finally the Fire Horn is making a triumphant return!

Centuries before Mangar encircled Skara Brae in ice. The great bard Kael, one of the founders of the Adventurers Guild, had been given foresight of the city’s peril in a dream. Kael thought to kill the Dark One before he struck, so he commissioned from the elves an enchanted axe. Weapon in hand, he then sought Mangar’s tower, which manifested like a cancer in many realms throughout the ages.

Though the axe defeated all the enemies which Kael faced. It sadly could not protect him from the madness which seeped from the tower’s walls. While leaving him gibbering and lost before he was able to confront Mangar.

The launch of the website represents another milestone as inXile quickly approach the release of The Bard’s Tale IV: Barrows Deep. Which is also coming to Linux, Mac and Windows via Steam and GOG. We do have an official release date, September 18, 2018. But that demo though… what!?