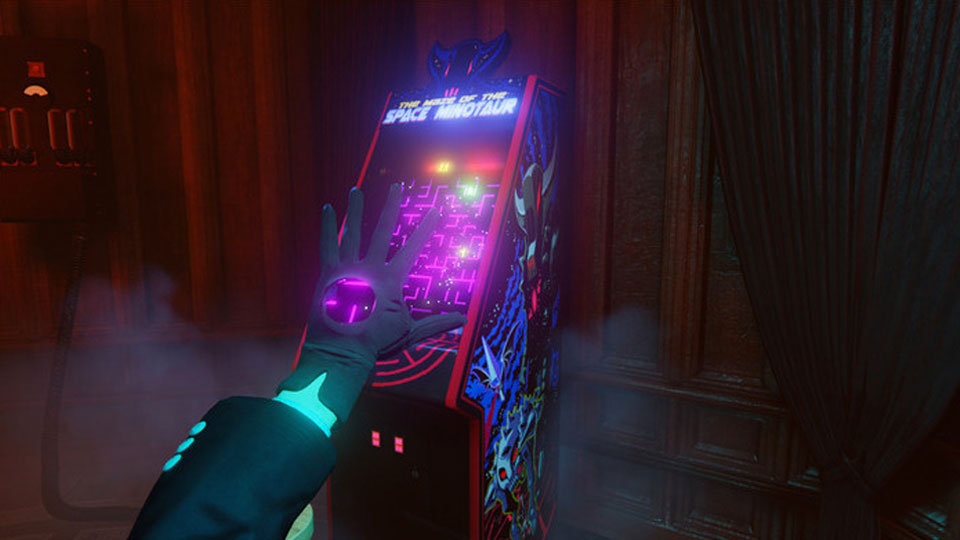 The #creators of The Black Glove, a team comprised of mostly ex-Irrational Games staffers who helped create #BioShock and #BioShockInfinite, took their new game to Kickstarter today, hoping to crowdfund the “eerie, surrealistic, first-person game experience.”

Developer Day For Night Games‘ pedigree is immediately evident in The Black Glove. The game appears to be full of odd, colorful characters living in a beautiful but surreal historical setting, the 1920s theater called The Equinox. According to the developer, the theater is rife with “weird dream logic, inexplicable holes in space, unshielded x-ray art installations and tasteful use of crushed velvet.” The theater’s residents are a group of artists whose work you, as the Curator, must improve by interacting with fourth-dimensional space.

Players will make certain decisions to help the game’s filmmaker, artist and musician as they play (and replay), affecting the outcome of their creative work.

Boston-based Day For Night Games says it’s been working on The Black Glove in its spare time since Irrational’s winding down and without external funding. The result of its efforts to date can be seen in its Kickstarter video pitch. It’s seeking at least $550,000 to complete the game, adding new environments, a full cast of characters, dozens of gameplay events and original voice work and music.

The Black Glove is bound for Linux, Mac and Windows PC in late 2015, the developer says, with “other platforms to be announced.”