The Bug Butcher the new side-scroller games coming to Linux, Mac and Windows. All from the minds of two former Blizzard developers gone indie, The Bug Butcher revives the old-school gameplay of Super Buster Bros. (aka Super Pang) with a bit of tongue-in-cheek humor and an undeniably awesome art style.

Meet Harry; laser junky, gluten addict, and exterminator extraordinaire. When a refrigerator-sized mass of slime and teeth is wriggling out of your drain, Harry is the best there is. He’s also the star of The Bug Butcher, coming to Linux, Mac and Windows PC on January 19th.

Gameplay was actually inspired by Super Pang (that’s Super Buster Bros. for you North American folks), The Bug Butcher is a relentless shoot-’em-up with a simple rule; you can only fire straight up. Good thing your helmet comes with a visor.

The Bug Butcher is in a nutshell, pest control with machine guns in space. The core mechanics hold old ties from the classic arcade shooter “Super Pang” where you shoot vertically, but with modern day twists. You are Harry, a brash and tenacious exterminator who has a knack for decimating bugs. Harry’s current assignment takes him to an infested futuristic research facility on a distant planet. The surviving and dwindling number of scientists employed him for his slaughtering skills. Harry’s mission: survive until the decontamination of the building is complete, hoard coins like his life depended on it, and protect the scientists at all costs.

Watch out for the spiders they have a particular fondness for rubber encased scientist brains. After landing, you will move from room to room through the facility blasting rockets, lasers, and wielding the power of lighting upwards at anything not human. Ravenous swarms and ferocious waves of bugs of every size will attempt to kill you, but luckily there will be weapon and health pick-ups to aid Harry on his quest. Fierce reflexes are mandatory for survival, but Harry’s brutal power-ups will let the guts fly and make the larva cry! If you love games with humor, perfect platforming, grotesquely cute art, nightmarish bosses, and real personality then The Bug Butcher will suit your fancy.

It’s you versus merciless waves of bugs, blasting them into smaller and smaller chunks, splattering the ceiling with a hot mess of juicy entrails and avoiding whatever the heck just splurted out of that thing’s, erm… orifice.

Awfully Nice Studios might be new, but you have undoubtedly seen their work. A few of Rainer Zoettl’s VFX credits included District 9, The Hobbit, and The Avengers before moving to Blizzard Entertainment,  where he met Till Aschwanden, then a 3D modeler with Blizzard Entertainment’s cinematics team, and now, the Bug Butcher’s artistic visionary of questionable sanity.

The Bug Butcher side-scroller will be available in Steam games for Linux, Mac and Windows PC on January 19th. 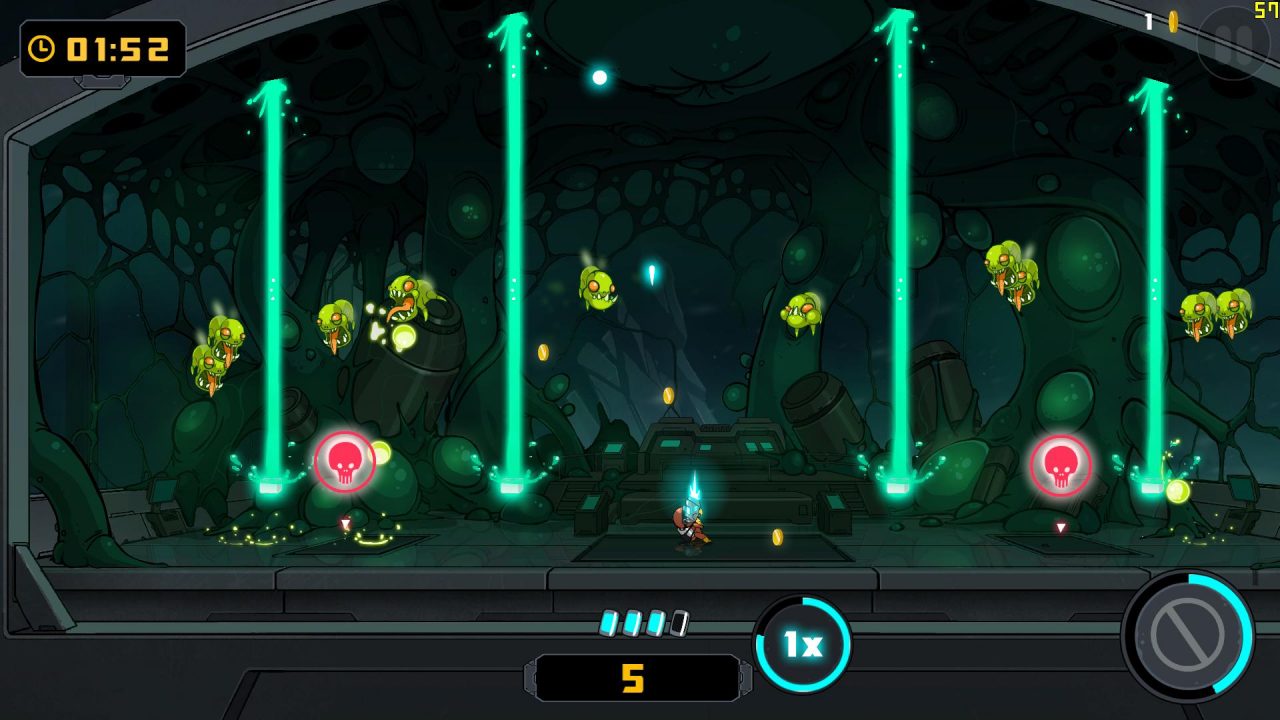 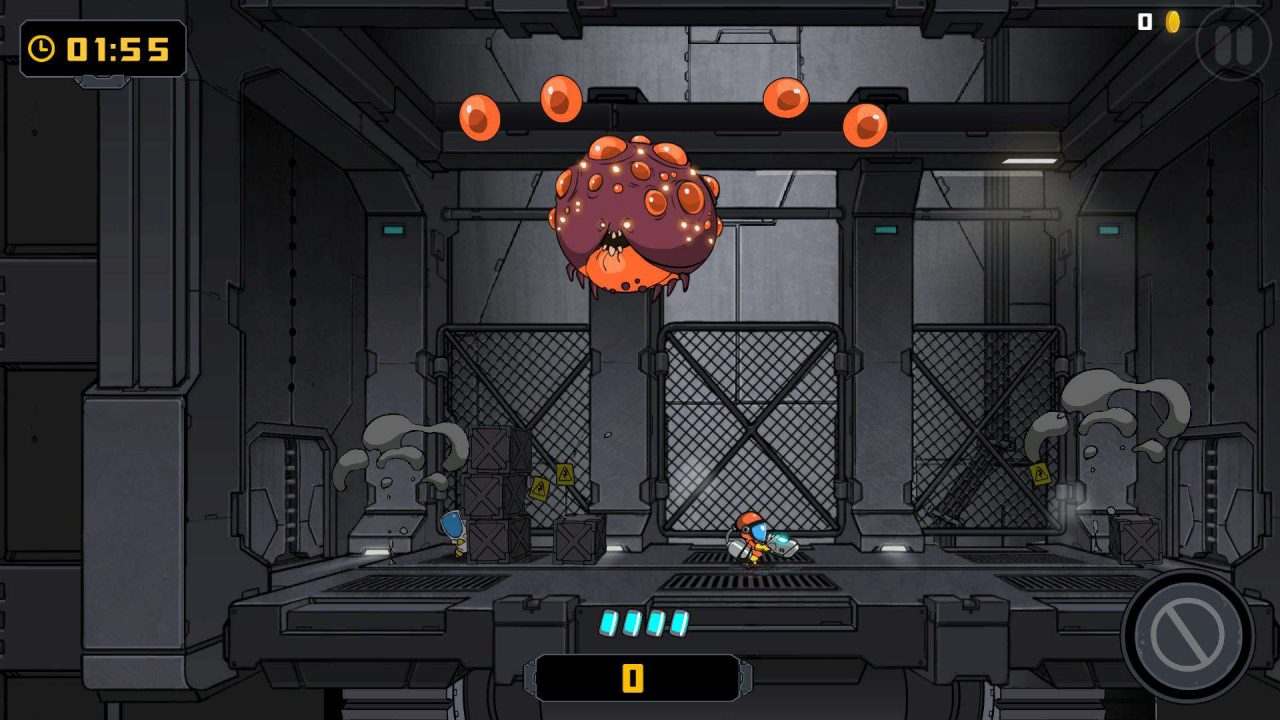 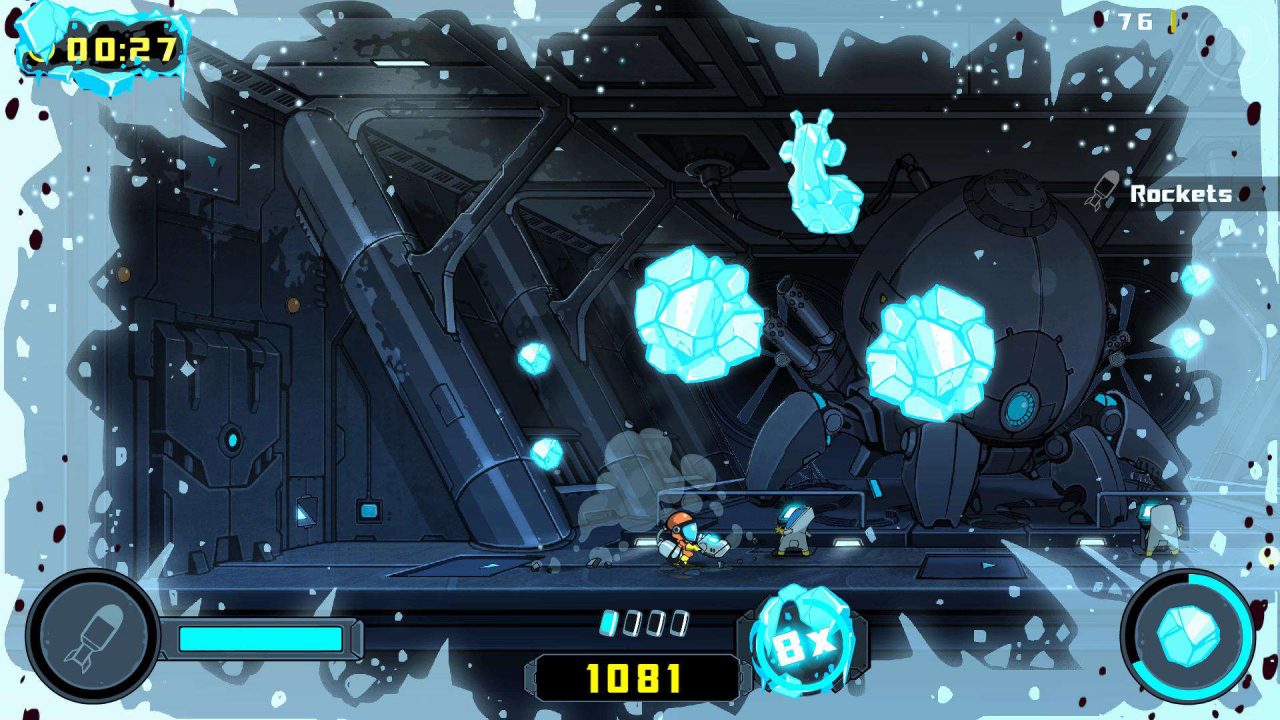 W.I.M.P DLC for Butcher releases FREE to owners on Steam