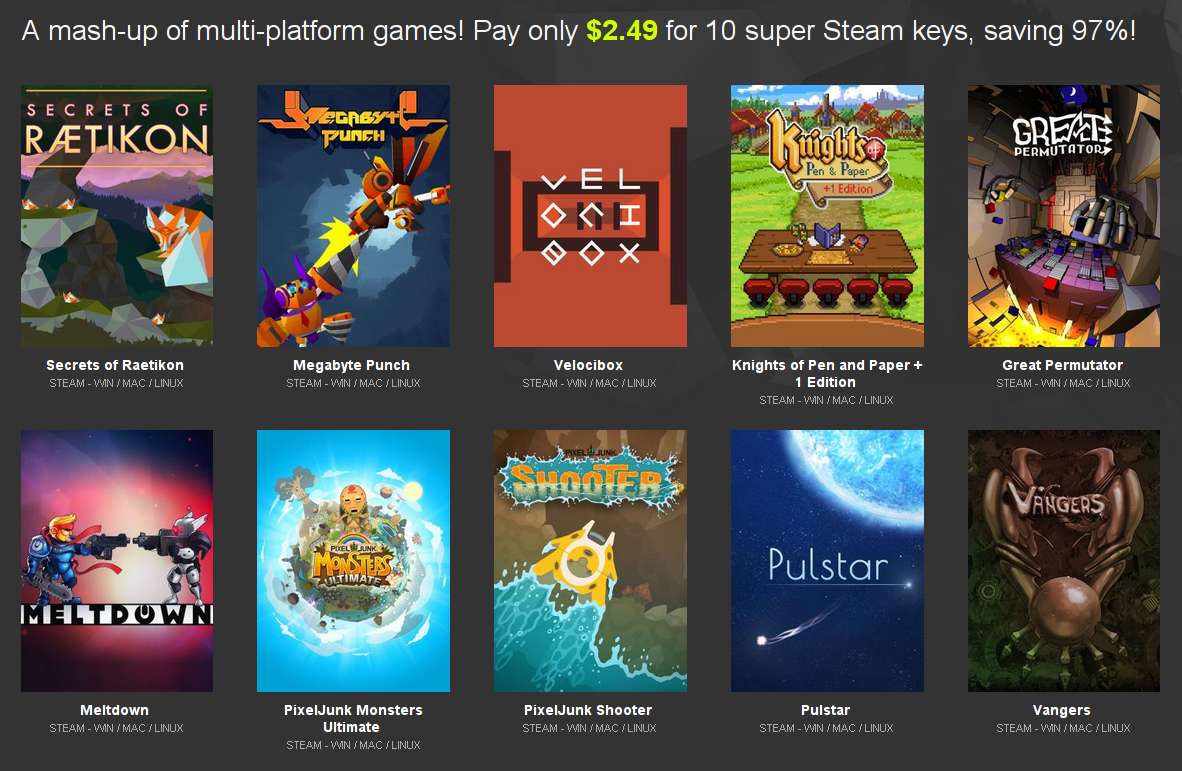 Due to popular demand, #BundleStars has just launched a #Steam bundle which literally has something for everyone; all the games in the new Abstract Bundle can be played on #Linux, Mac and Windows PC. We here at Linux Game News have gotten our hands on Megabyte Punch, a really surprising arcade action platformer. So when we saw Secrets of Raetikon, Meltdown, PixelJunk Shooter in the mix, this was an easy purchase. The sort of cross-platform gaming bundle we can expect from the good folks over at Bundle Stars.

You have just two weeks to buy The Abstract Bundle for $2.49 USD and save an amazing 97% off regular retail prices.

The following games are all included in the bundle and run on Linux, Mac and Windows PC. Each game is redeemable on Steam.

Here are the respective Steam links for each title:

The Abstract Bundle is available exclusively from Bundle Stars until January 20 th, 2015.

Bundle Stars offers unique and exclusive offers on digital downloads. We select best quality games from developers and publishers all over the world, and makes them available in low-price, limited-time deals that everyone can afford.  Our customers can often save as much as 98% off the normal retail price. Launched in 2012, British-based Bundle Stars is owned and operated by Focus Multimedia Ltd, one of the UK’s leading independent computer games and software publishers since 1995.