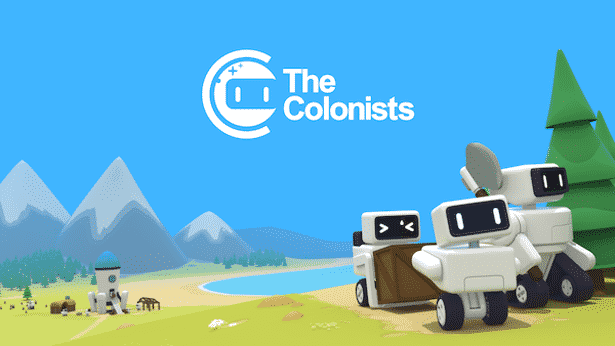 The Colonists settlement building game releases on Steam and GOG for Windows, but the dev’s confirm Linux support. While Codebyfire issue a discussion reply on Steam, confirming support.

“Sorry for the late reply – we’ll definitely be doing a post-release update for Linux, keep an eye out on here or on Discord, thanks.”

So this is some solid confirmation. I reached out to the dev’s via email but a formal public confirmation is even better.
And a native Linux release is something I’m looking forward too. But in the comment on Steam, there is no mention of a release date or time frame. But I did confirm Codebyfire will be looking for Linux testers soon.

The Colonists will have players taking control of a team of self-replicating robots. Since they they have escaped from Earth and are searching the galaxy for a new planet to call home. All in search of fulfilling their dream to become human.

“After more than two years in development. I’m really looking forward to seeing players create their own bustling anthorobotic towns. And I hope that they enjoy watching their little robots chop trees, farm sheep and smelt iron as much as we enjoyed making it” says developer Richard Wallis.

So The Colonists gameplay will players commanding robots designed to simulate human civilisation. They have escaped from Earth and only you can help them search the galaxy for a new home. Since they are working to fulfil their misguided dream of becoming human.

Therefore this will mean having to harvest natural resources. While farming for food production, conquer other settlements or trade with new allies. With two separate mission tracks, The Colonists puts the choice in your hands. Since you can either create sprawling settlements in peace or race to compete against AI colonies. Doing so in military winner-takes-all scenarios.

Explore, research, manage, tweak, and refine to your heart’s content. While you experience old-school strategy gameplay with gorgeous modern aesthetics.

The Colonists takes inspiration from classic titles like The Settlers and the Anno series. And since the art style is different it, but gameplay that is similar to that of Surviving Mars.

Players will advance through three different periods of time, building infrastructure for the robot colonies by constructing road, boat, and train transport systems. In each area it is important to harvest natural resources, set up farming and food production, create expeditions to discover new lands and research new technologies.

“After the great reaction to Tokyo 42 last year we’re excited to bring our second published title into the world” says Paul Kilduff-Taylor of Mode 7 Games. “The Colonists is a superb game and an amazing feat from a very small team – we’re proud to have supported its creation.”

The Colonists developers confirm Linux support, but the games available on Steam and GOG. Priced at $22.49 USD including a 10% launch week discount until October 31st.