The Flame in the Flood will not see a Linux release 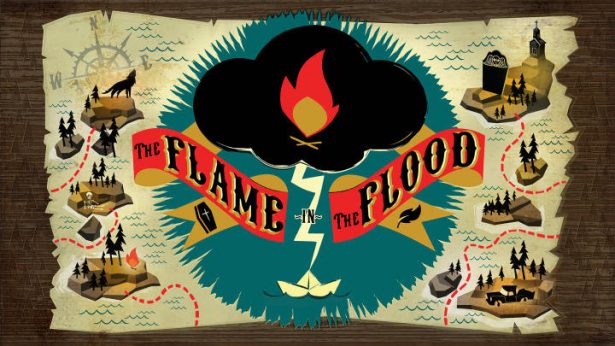 The Flame in the Flood lands on Windows PC, Mac and Xbox One on February 24, 2016. Hence a roguelike river journey through the backwaters of a forgotten, post-societal America. So forage, craft, outwit predators and brave the rapids while you make your way down the procedurally generated river.

While the game takes the player into the fragile beauty of a forgotten world. Designed by veterans of both BioShock and BioShock Infinite. Played to the tune of an original soundtrack composed by alt-country star, Chuck Ragan. Hunt, trap, and craft to not only endure, but survive.
While braving the dangers of the water as you seek refuge from the harsh realities surrounding you, accompanied by your trusted companion, Aesop. The ultimate wingman, your canine friend is as cunning as he is adorable, sniffing out and gathering the supplies essential to stay warm, stay fed, and stay alive.

The Flame in the Flood is developed “using Unreal Engine 4 as our engine” according to The Molasses Flood. “I’m afraid we are not making a Linux version of the game.”

What is rough about this choice is this decision, The Flame in the Flood is available on Early Access with “very postive” reviews and every other platform is support. Using a cross-platform game engine and not supporting Linux is like buying a vehicle with only three wheels. Making this a direct example of developers selling themselves short in the industry.

Find The Flame in the Flood at themolassesflood.com and share your thoughts.