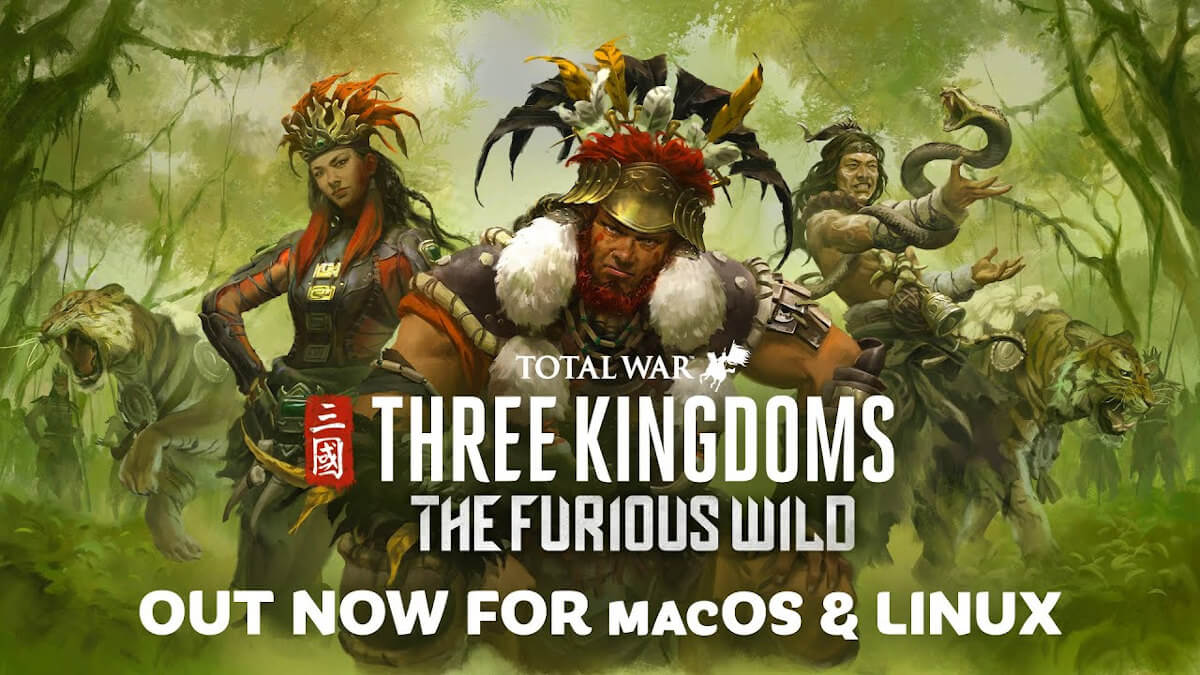 The Furious Wild expansion pack releases now for the Total War: THREE KINGDOMS game on Linux and Mac with Windows PC. Thanks to developer CREATIVE ASSEMBLY and Feral Interactive for the port. Now available for all to experience via Humble Store, Steam and the Feral Store.

The Furious Wild brings the first ever map extension to Total War: THREE KINGDOMS. As well as new, unique units. The expansion pack also sees a distinctive culture, the Nanman. While they emerge from the dense and dangerous jungles of southern China. Looking to spell an end to the reign of the arrogant northern warlords.

Four new factions are playable, each with distinct warlords, strategies and mechanics. Ferocious tigers and thundering elephant mounted warriors. All among over 25 new units available to players. As you work to terrorise enemies.

The Furious Wild has you command the might of the Southern tribes. All while exploring new areas of the Total War: THREE KINGDOMS map. Letting you game on Linux and Mac now. So, can you unify the tribes and take on the mighty Han? Or will the unrelenting jungles reclaim your crumbling ambitions?

The Furious Wild expansion pack releases for the game on Linux and Mac along with Windows PC. Now available for all to experience via Humble Store, Steam and the Feral Store. Due note, Steam does offer a 10% discount off the $18.99 USD / £14.99 / €18,99 price.