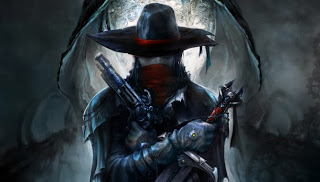 From the Press Release
Finally, the time has come when we’re ready to share more details about the next episode in the Van Helsing trilogy. Ever wondered what we’ll keep from the first game? What improvements will we make or what new features will be added to the sequel? Well, The Incredible Adventures of Van Helsing II is not just a collection of a dozen new maps and monsters, but a true sequel that keeps all the good bits from the first game, with a little improvement here and there and adds plenty of new features. Oh, and it’s not really a feature on its own but if you enjoyed the snappy dialogues, the cheeky humor and the easter eggs of the first game, you’ll be happy to hear that the sequel will bring even more of those.

The first game in the trilogy, The Incredible Adventures of Van Helsing, currently available worldwide via Steam (on sale until January 2nd) on Windows PC and Mac OS X, is a one-of-a-kind action-RPG that pits players in fierce battles against familiar supernatural foes and also enables players to partake in a tower-defense mini-game within Van Helsing’s upgradable Lair to ward off evil that attempt to overrun the base by way of force. A Free Demo is also available on Steam.

For more details on the development:

Check out the DevBlog

The Incredible Adventures of Van Helsing III releases for PC and Mac, Neocore WILL support Linux

Neocore Games studio confirms Linux will not be a supported platform