The Karters, a #racing game that is clearly inspired by CTR’s gameplay and overall design, aims to invoke its #nostalgia but also grab the attention of a new generation of players, to whom the legendary #CrashTeamRacing is perhaps a less familiar title. By recreating its dynamics and speed, Cmoar Studio has made an attempt to create a game that even Crash by himself would not hesitate to take part in … if he hadn’t been retired.

Become a member of The Karters team and prove who’s the champion of the race! Grab one of the killing weapons, compete with the opponents and smash them in the Arena mode.  Challenge your friends in a local or global multiplayer, where only one can win. Pick one of the thrilling maps and try to find alternative routes to outsmart your rivals and get the gold!

All the excitement, rush and the taste of victory await in The Karters’ Announcement Trailer that you can watch below:

The creators, who have always been great fans of Crash Team Racing, used to wonder what this game could look like in modern times. Sebastian Boczek, the CEO of Cmoar Studio, recalls: “While browsing through various forums about CTR, it became clear to me that the community shares our desire for a more up-to-date karting game, especially the one that would support online multiplayer.” Ambitious as it may seem, the creators hope to bridge the gap that the almost 16 years old title has left. “I realize that Crash Team Racing is a legend that set the bar high. However, by putting a strong emphasis on the mechanics and marking the game with its unique style, we do hope The Karters will bring players lots of joy and pure fun,” he adds. 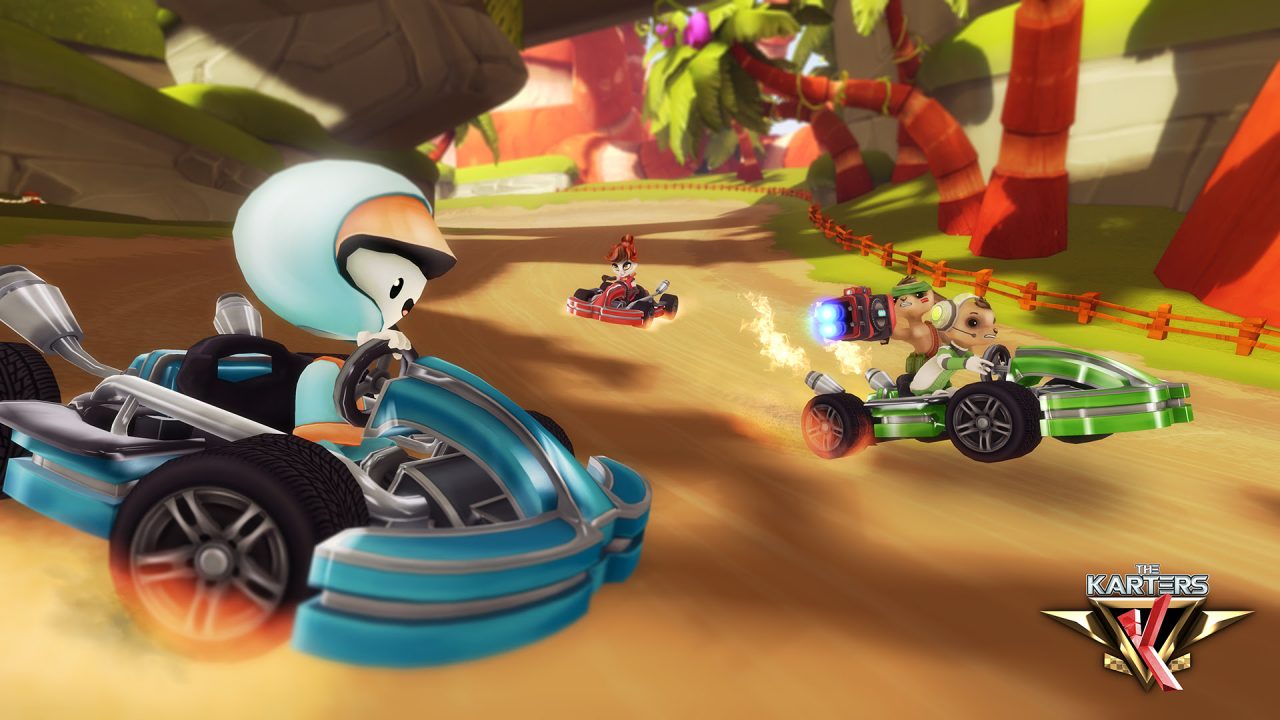 Now on The Karters on Steam with the intent to release an Early Access in May/June for Windows PC. While Cmoar Studio commented on the Linux release, “we are using Unity Game Engine. There won’t be any problems with supporting Linux platform. However, I am unable to tell when exactly it will happen.”

The creators wish to show to the world the outcomes of their 8 months of work but, more importantly, they aim at gathering community that will have a real impact on how the game will unfold. A direct contact with the players or the fans of this genre will allow the continual and rapid development of the game and will help the creators to reassess the maps, gameplay and mechanics.

The Karters racing action coming to Linux, Mac and Windows PC this September