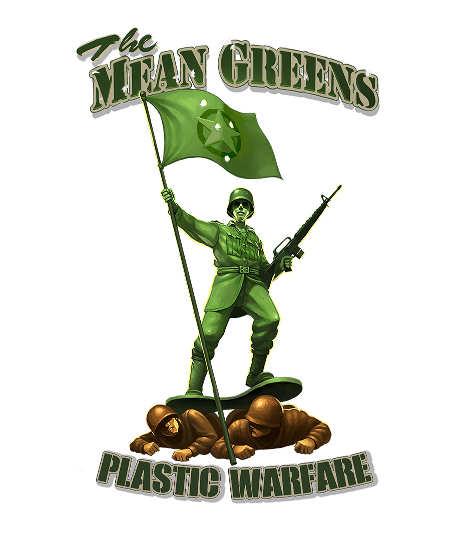 Independent developers #VirtualBasement and Code Headquarters, announced today that The Mean Greens: Plastic Warfare, will be live on Tuesday December 8th on Steam. The Mean Greens: Plastic Warfare brings the classic plastic toy soldiers to life in this #thirdperson #action shooter. Players face off as green and tan toy soldiers that battle each other across fun and unique maps, while choosing from many different weapons that are always equipped. Run, jump, roll, and shoot your way to victory in this entertaining and fresh take on third-person warfare.

“We couldn’t be more thrilled to be launching on PC next week with the release of The Mean Greens: Plastic Warfare,” said Ashton Andersen, Founder and Lead Designer at Virtual Basement. “The Mean Greens: Plastic Warfare brings back the nostalgia we had growing up as kids. I would play with classic toy soldiers all the time and it really was one of my favorite things to do. We are very happy with the way our environments turned out and I think our players will enjoy them too. Players are put into the perspective of the mean greens, so you’re fighting in these really amazing maps that are life-sized, but feel ginormous. The bathtub, kitchen countertop, and the other levels feel huge and very different from one another. It adds a fun element that brings life to the game.”

The Mean Greens: Plastic Warfare is a fast-paced, third person shooter that features tiny toy soldiers in massive environments. With fast and easy matchmaking, built on Unreal Engine 4,  your green or tan team of plastic men can test their abilities in an up to 5 VS. 5 player battle. 10 distinct maps and gameplay modes allow you to see the world from a different perspective and explore vibrant new surroundings as well as the dangers that come with them. Through capture the flag, foosball, and attack and defend inspired levels, you can select from your arsenal of weapons to combat your way to victory. So zipline your way to success!

The Mean Greens: Plastic Warfare will have a Linux test build available soon