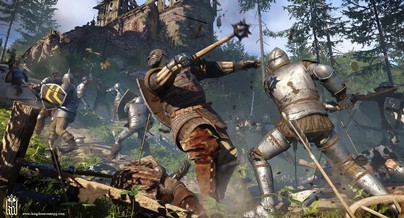 Kingdom Come: Deliverance the medieval RPG coming to #Linux, Mac and Windows PC, has been pushed back to 2017 for sure. Developer #WarhorseStudios has confirmed the #delay in a Kingdom Come forum post.

Kingdom Come: Deliverance was all set to release this summer, but ended up being postponed back in March, so the PC and console versions could be released simultaneously. This time, however, the studio has confirmed is all about ensuring that Deliverance is the best possible game when it launches.

“We at Warhorse Studios decided to postpone the final release date for Kingdom Come: Deliverance to achieve the quality we and our players expect. We want Kingdom Come: Deliverance to be an exceptional RPG and that requires exceptional treatment and polishing. Since the successful Kickstarter campaign, we have listened intently to the opinions of our fans and with the new language packs, we hope to get even more feedback that will help us deliver the best possible gaming experience. We believe that the result will be a great collective project and will be well worth the wait.

It’s always hard to make decisions like these and we are truly sorry if we disappointed some of our loyal fans. A new release date will be announced later this year, but is estimated for 2017. Thank you for your support.”

A proper release is expect to be announced later this year, but Warhorse says it is “estimated for 2017.” If you are keen to play and do not want to wait, the PC beta version of Kingdom Come: Deliverance is available for purchase at kingdomcomerpg.com.