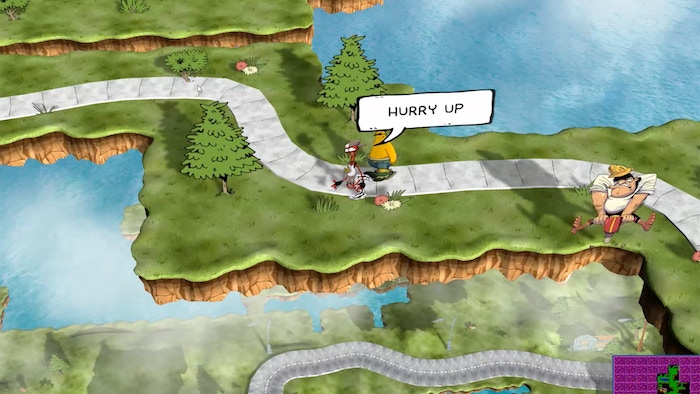 Toejam and Earl #released for Mega Drive (Genesis, Americans) in 1991, the #SegaGenesis-owning kids and going on to count among the publishers best-known characters. Appearing in a platformer, a light gun shooter and finally a 2002 Xbox game following from their original action #roguelike. This time there’s no publisher, so Greg Johnson can do whatever he wants with the series. Making the title a true successor to the original game with an isometric perspective, 2D sprites, and an emphasis on exploration and cooperative play.

Having been a long break between games, Toejam and Earl are back. Humanature Studios has launched a Kickstarter asking for $400,000 to develop Toejam and Earl: Back in the Groove for Linux, Mac,and Windows PC.

Humanature is led by Toejam and Earl co-creator Greg Johnson, and was most recently responsible for Doki-Doki Universe. Johnson said this new game will be more like the original Toejam and Earl game rather than a platformer sequel. Only this time there will be support for up to four-player online multiplayer. And for oldschool fans, splitscreen play will still be included.

The plot is expected to be similar to the original Toejam and Earl  where the wacky duo see themselves shipwrecked. Only this time they will be accompanied by a couple of their friends: Peabo and Lewanda. “The good news is that this time, when you find the ship pieces, much cooler stuff happens, AND once it’s all put together you get to fly the ship around,” Johnson noted. “Neat, huh?”

“We plan to go old school with this one. Fixed isometric camera, 2D sprites, simple controls, and an emphasis on coop play,” he wrote.
“It will also pull in some of the more beloved elements from game two, AND we have a list of exciting new gameplay elements planned as well.”

Being well worth popping over to the Kickstarter to have a read. Hopefully the campaign will be successful, meaning, the game will be developed initially for Linux, Mac and Windows PC.