Home » Linux Gaming News » The SteamOS Sale brings some epic games to Linux, with discounts for Mac and Windows PC too

The SteamOS Sale brings some epic games to Linux, with discounts for Mac and Windows PC too 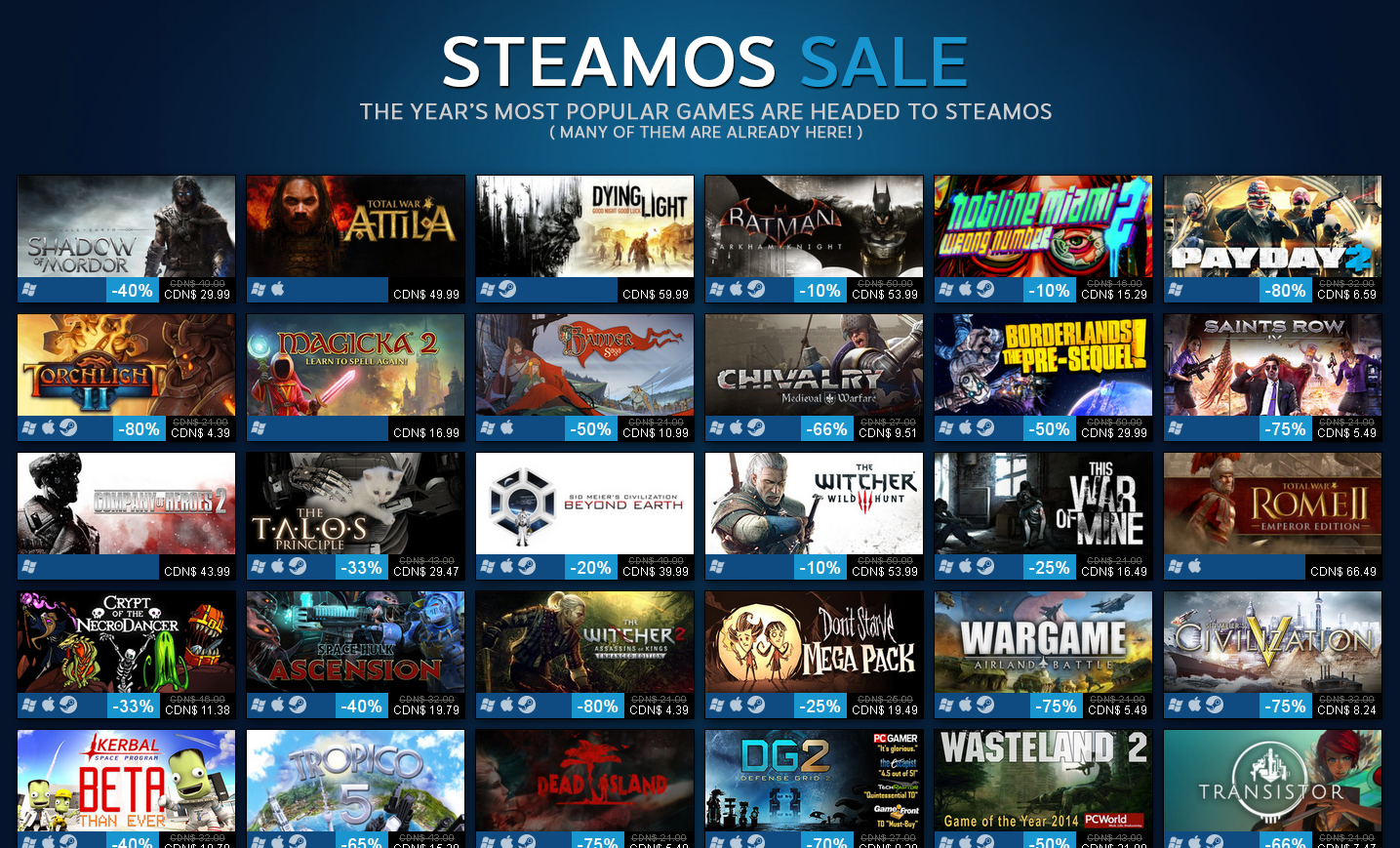 All of us here at Linux Game News are taken with the #SteamOS sale on Steam. Where a couple of #rumoured games now have native Linux support making a #debut that we did not expect. Games like Batman: Arkham Knight and Torchlight 2. There were rumours be no official announcements. And just recently Don’t Starve Together released a Linux build of the Early Access game.

So it was assumed that some of these games would eventually have Linux support, but Batman: Arkham Knight, Payday 2, Saints Row IV, and Grid Autosport came out of nowhere. To be honest, this is a sale that also comes with games that have not been ported yet, but this may be more of a statement from Valve. They want the world to see that Linux is becoming a force like no other and what better way to underline that than by pushing for a big SteamOS sale. All of which has taken the community by surprise, which is ecstatic to say the least.

Details are not quite clear just what studios will do the ports, but Feral Interactive and Aspyr Media will likely be very busy in the coming months.

Middle-earth: Shadow of Mordor is coming to Linux this Spring. View the trailer on YouTube: https://t.co/H3mfNsn2jN pic.twitter.com/ne2rXFNEuc