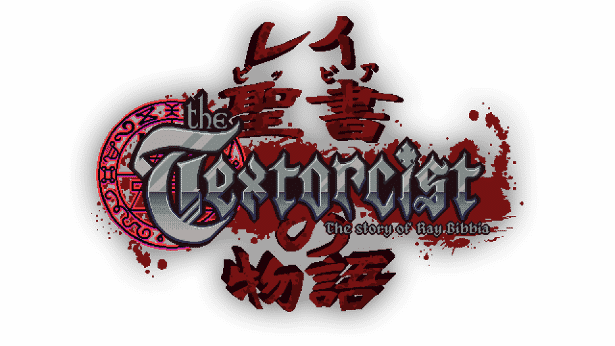 The Textorcist bullet hell and a typing games coming to Windows, Mac then Linux. Since developer MorbidWare is ready to for the release today. Available on Steam, GOG and Humble Store.

In The Textorcist you play as Ray Bibbia. Since you learn how brutal life can be as a private exorcist. There is a Windows Demo on Steam and GOG. And the demo also features the first two boss fights. As well as a relaxing tutorial fight to start you off.
So the games worth trying via Steam Play or even using Wine. Since the developer is using GameMaker Studio.

In addition, you will get the chance to check out the dark humour. While train your multitasking skills like never before. This is an intense and fun game. I reached out to get some direct feedback on Linux support. Here’s what that the email said.

“The Textorcist is made in GameMaker. BUT the devs will have a look into this nevertheless. And perhaps there will be a Linux version next week already.”

To clarify, the first email says, “working on a Linux version.” But a follow up email outlines the above statement. Since the developers are supporting Mac and Windows. Then working on a port for Linux. At least that’s the way I understand it.
GameMaker is a decent game engine with Linux support. So a native build will likely happen. Be sure to Wishlist on Steam.

This is a fresh mix of bullet hell and typing game. So imagine Mavis Beacon Teaches Typing and Enter the Gungeon. Then the two got together and had a child together.

Get ready for an electrifying mix. Between a bullet game and a typing hell. While you dodge bullets typing exorcisms. Then jump into the adventure of Ray Bibbia, a private exorcist. One who’s also facing the threats of a demonic outbreak. While dealing with his sinful past at the same time.

The Textorcist gameplay takes place in a city in decay. Streets full of thugs and only one man to stop it all. Groundbreaking gameplay, exorcists and demons and the Pope. While taking on tons of hardcore action filled boss battles. And also the first ‘type em up’ game ever.

The Textorcist releases a bullet hell meets typing today. Available on Steam, GOG and Humble Store. Priced at $14.99 USD or 14,99€ for Windows and Mac. So make sure to Wishlist on Steam for Linux support.