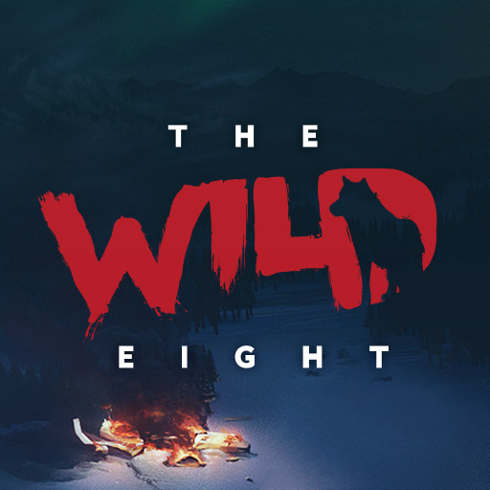 The game being developed by Russian studio #EightPoints, The Wild Eight a procedurally generated co-op #survival #game, which takes place with a group of people stranded in the Alaskan wilderness after a plane crash. The title has now reached it’s funding goal and it is being developed for Linux, Mac and Windows PC.

In the gameplay, players either stick with the group to survive or strike it out on their own. But beware of mutated wolves, because such animals are doing to eat you.

“While the survivors await rescue, their lives are threatened by a number of mysterious entities, unseen creatures and objects that definitely don’t belong in this world. And the deeper you go, the harder it gets to survive. Through the storyline you’ll desperately try to reach help on the radio, but no one will answer you. Something is wrong here. In here is no room for mistakes: if you went hunting but forgot to cut some wood for the fire before nightfall, you’re dead. If you didn’t have time to cook your meat, you might have to eat it raw — and if you don’t have medicine, you’ll surely die from food poisoning. To stay alive, you’ll need to scavenge and craft like a pro.”

Other players are your backup — either by sharing resources or covering your back. Even if you were mauled by wolves and “you died” appears onscreen, your teammate can still resuscitate you with a defibrillator (which are very rare to find).

The area where the survivors are stranded is also littered with deserted buildings and the phenomenon needs to be solved if players want to make it out alive.
Such as at night, having to contend with plummeting temperatures to the point of freezing, so makes sure to craft a shelter. Plus tending to wounds, otherwise a player will bleed out.

Now, if the cold, mutated wildlife and suspicious buildings are not enough, apparently a mad man has joined your group with his eye on “the catch.”

You can find out more on the The Wild Eight Kickstarter campaign page for Linux, Mac and Windows PC.