Through the Darkest of Times strategy reveal 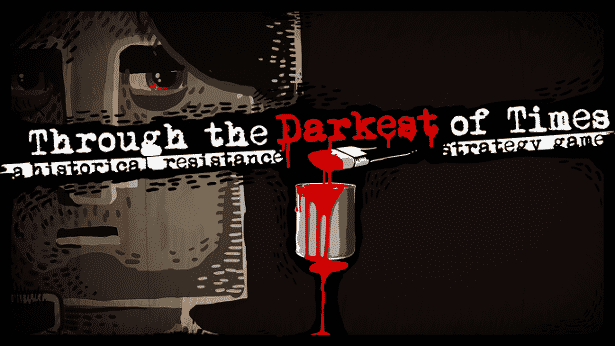 Through the Darkest of Times [official website] is a new strategy game reveal for Linux, Mac and Windows. Since this lets you play a resistance group in Third Reich Berlin.

A big shout out to Nevertheless on Twitter for the details. And getting in contact with developer Paintbucket Games. 🙂

Through the Darkest of Times – a strategy game about the Resistance in Nazi-Germany has been officially announced!
Let's never forget about those heroes!
Oh.. and it's coming to Linux too!https://t.co/LOThUCK2qe@gamingonlinux @PlayingTux @linuxgamecons@holarse @JugandoenLinux https://t.co/bdbMc0i8Q9

So the game covers the entire time from Hitler’s seizure of power 1933. All the way to Germany’s unconditional surrender 1945.
Planning actions for your group while trying to balance the morale of your members. Get resources for the actions and avoid getting caught by the Gestapo.

Big political events follow the actual historical time-line. So players will influence your options and what happens to your group. of course members are fictional and procedurally generated on each playthrough. Since they come with different personalities, abilities and views.

Also, as leader of the group, it’s your job to fight the regime. So you have work to win hearts and minds of the people. Holding your group together and leading them through the darkest of times.

Through the Darkest of Times – Announcement Trailer (Linux, Mac, Windows)

Paintbucket Games are developing Through the Darkest of Times. Simpley because they believe it needs to be made.
Civil resistance in Third Reich Germany is such a fascinating and relevant topic. And there are so many interesting stories of true human heroism in a truly horrible time. An since there is no game about this yet. It’s time.

Being that most games tackle this period of history poorly. Leaving out the important parts. Nazi Germany is too often just another faction without commentary or context. Games are a narrative medium just like film or books. Through the Darkest of Times will help to move the medium forward. Encouraging more developers to explore as well.

Paintbucket has an early playable version. So we are eager to get our hands on this and get some feedback. Apparently this version contains one of four chapters, but is lacking some gameplay and content.

Also, for those interested. The studio is funded by the Medienboard Berlin Brandenburg. Which allows the developers to go into full time development.

Through the Darkest of Times gets publisher