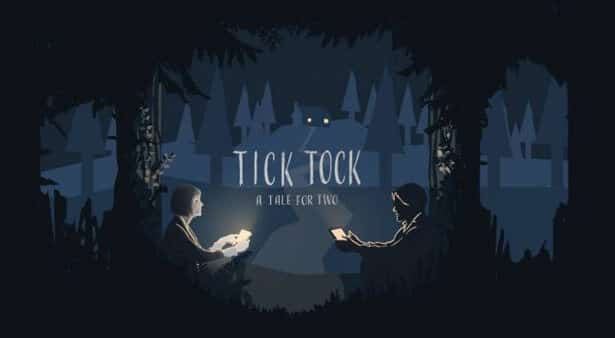 Tick Tock: A Tale for Two releases in Steam games, but where’s Linux support? So we reached out to Danish indie games studio Other Tales Interactive. Since the reviews on Steam are looking very good. Holding a Positive 95% score, priced at $5.99 USD.

Tick Tock: A Tale for Two a pure co-op puzzle game. Available now on both Windows and Mac. So we found out some further detail. Not that it’s much of a surprise.

“We’re using Unity to develop Tick Tock: A Tale for Two. And we’ve had some customers say that it is Linux compatible. But as we haven’t tested it ourselves. We don’t want to promise too much! We might look into it properly after we’re back from GDC.”

So this looks decent enough. I mean GDC runs from March 18 – 22nd. But the fact that the games build in Unity 3D. That’s kind of interesting. Get on Steam and show some Wishlist support.
Since Other Tales Interactive seem to be waiting on reviews. Which continue to be good on Steam. And the game relatively inexpensive too.

Tick Tock: A Tale for Two is a pure co op experience. One that also requires voice communication to overcome each puzzle. Whether sitting together on a couch. Or playing over Discord. This is a game where going solo isn’t an option. Since communication is key. Grab a friend, launch Steam. Then prepare for the minutes to melt away.

You and your friend are each trapped in a different clockwork world as time ebbs away. You must solve increasingly complex puzzles to escape, but cooperation is key: neither of you can see the full picture. The only way to escape this mechanical maze is to work together, using voice chat to guide each other to the exit.

Players are free to enjoy cross platform play between PC, Mac and mobile devices. Play on two devices, local or remotely – all you need is a friend.

“We are extremely proud to launch the game we dreamed of making 3 years ago. A game where players need to band together, new friendships will be made and existing ones strengthened!’” said Tanja Lind Tankred of Other Tales Interactive. “It’s exciting to see our creation in the hands of players and we hope people will have great experiences playing Tick Tock: A Tale for Two together”

Tick Tock: A Tale for Two launches on Mac and Windows PC. The games available on Steam and Humble Store. So make sure to Wishlist for Linux support on Steam.