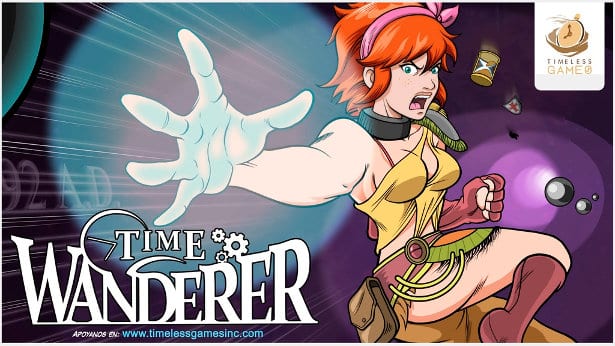 Time Wanderer action RPG has a Kickstarter crowdfunding campaign for Windows, but also look at a Linux release. While developer Timeless Games is look to fund their cute looking creation. Which is also set to release on Steam in December 2019.


Collection for Time Wanderer on Kickstarter will also be used to create an artbook. As well as publish the original soundtrack.

Inspired by all time classics such as Chrono Trigger and ToZ. A Link to the Past, Time Wanderer is a breathtaking top-down 2D sci-fi action RPG. This also includes puzzles, combat and lots of exploration. While players take on the role of Corina and find the way back to your timeline. Visiting different historical settings, such as Egypt, the Roman Empire and World War II.

“We are using the Unity Engine and yes, we will try to reach as many platforms as possible, that includes SteamOS for Linux.
However, we are a really small team. So it would take us some time, as we will focus first in others more frequently used platforms.”

What does this statement elude too? We will likely see a Windows release, then support for Linux. Since the studio is a “really small team.” This is not really negative news, but seems to be common. Even though development uses Unity 3D.

“Time Wanderer is the right title for gamers of all walks of life,”, says Sergio Ordoño, CEO at Timeless Games Inc. “This Kickstarter campaign gives us the opportunity to launch a game that we put pounds and pounds of enthusiasm into to the gamers everywhere.”.

The work on Time Wanderer development started in June 2017. And since then they create the art, developing the enemies’ AI, and we have constructed our own puzzle engine. The studio are currently preparing ourselves to produce the title. And also add more levels and include unique game mechanics.

Since the Kickstarter crowdfunding campaign just released for the action RPG. The game is expecting to release on Steam in December 2019.