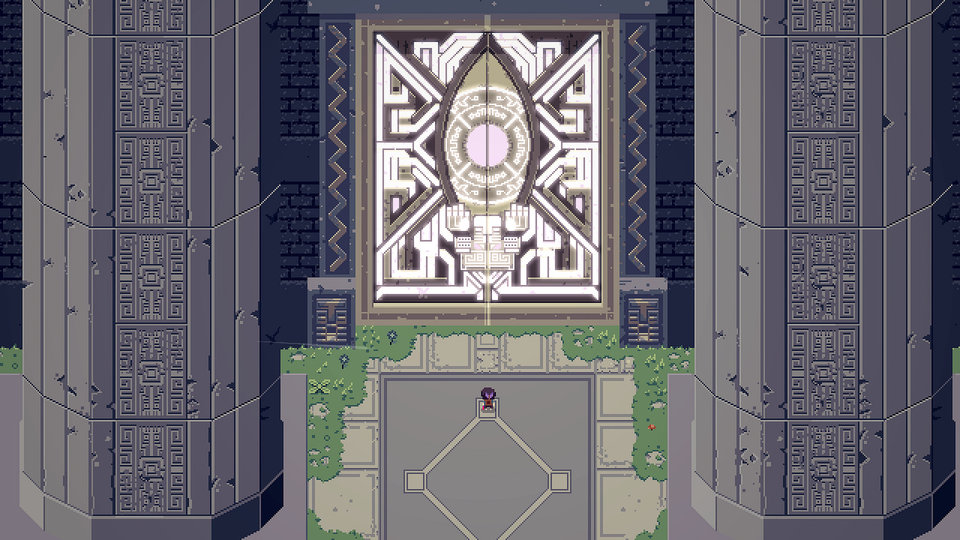 Playing as a tiny pixel human,Titan Souls #players get one arrow and one hit point. If they fire their arrow, they have to retrieve it in order to fire it again. If they get hit even once, they die and have to return to the last check point and do it all over again.

Every battle is against a boss — a kind of super enemy that is much bigger than the player. But every boss also has a weak spot. Find the weak spot and the boss can be taken out in one hit.

“The process of playing involves dying a lot,” says David Fenn, who made Titan Souls with two other developers at studio Acid Nerve. “You need to learn from your mistakes every time you die. You need to really prioritize staying alive as much as you can so you can observe enemy behavior and work out when you’re going to have an opportunity through your positioning, timing and aiming to pull off a kill.”

Every boss is different, and it’s up to players to figure out their patterns of movement and what their weak spots are. In one early battle, players encounter a boss that consists of a heart floating in layers of jelly. Players have to separate the layers in order to reach the heart. When separated, each jelly layer bounces around the battle stage, threatening to squish the player. Moving around the arena is like figuring out a puzzle with multiple moving parts.

In another stage, players fight what appears to be a giant phone booth, and in another stage, a giant yeti. All these enemies have different weak spots, and all of them will come at the player in different ways. Patience, observation, and quick timing are key.

Fenn says most players die around 10 times per fight, although if it can theoretically be done in one attempt if they’re careful. There are 25 boss fights, but players don’t have to beat them all — they only need to defeat a certain number in order to progress to the next area of the map.

Titan Souls releases a demo and a new trailer