The revolution of leading an animal army launches on Steam and GOG. The release for Tooth and Tail finally launches on Linux, Ubuntu, Mac and Windows. Which of course includes flamethrowing Boars, mustard gas-lobbing Skunks and paratrooper-puking Owls.
So this release from Pocketwatch Games also includes Crossplay. Since the developers of Monaco: What’s Yours Is Mine and Tooth and Tail want a broad playerbase.

The animals of Tooth and Tail are at war over who gets to eat. While fighting to determine who must be dinner. So gameplay has similarly fast, distilled, darkly humorous take on the Real-Time Strategy genre. Yet is definitely playable for anyone who is transitioning into the RTS genre.

Unlike other RTS games, you interact with the world through your army’s Flagbearer. Success or failure rests not on the speed of your reflexes. While studying the perfect build order. So players will win around your ability to outwit and improvise. Since the same mechanics apply, but how you use them is your choice. And for more detail on how to play, check out the walkthrough from Pocketwatch Games.

So Tooth and Tail indeed a very eventful game. Whether players take on the singleplayer mission or migrate to multiplayer. You will be able to play against other PC players and consoles too. Since the games easily playable via keyboard and mouse or a controller.

Tooth and Tail is available now on Steam and GOG. Yet the GOG listing does not support Linux and Ubuntu, but still has a 10% discount.

Tooth And Tail release next week with Crossplay 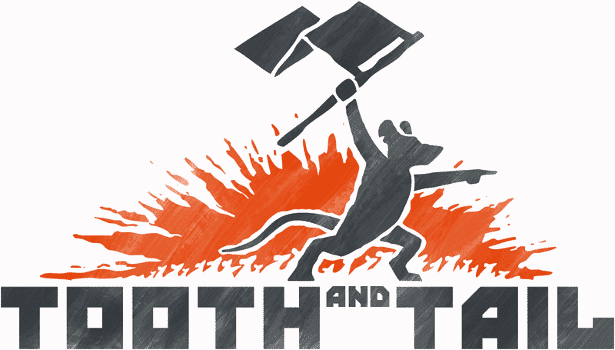