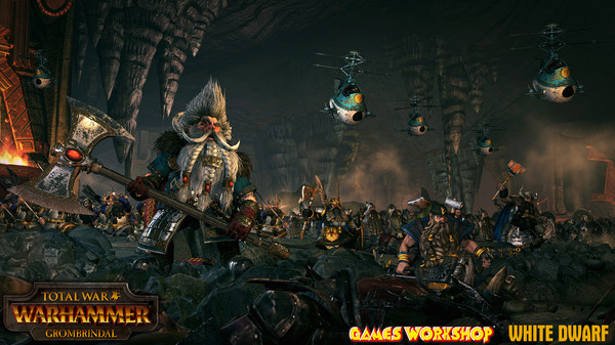 So Total War WARHAMMER finally received another healthy announcement. Hence the #Free #DLC, Grombrindal The White Dwarf is now #available for Linux thanks to Feral Interactive. But not as big a DLC as Realm of The Wood Elves.

So The White Dwarf himself, is a hero from the time of legends. While there are rumours abound as to his true identity. Some say he is the living incarnation of Snorri Longbeard himself. Since others point out that he was betrothed to the goddess Valaya. Hence protector and bestower of magical resistance. Either way, he is a powerful living symbol of hope and pride for the Dwarfs. So in times of dire need, he may appear in the flesh to help the Dawi through their tribulations.

Unique quests within the DLC

So like all Legendary Lords, Grombrindal unlocks a series of unique quests as he levels up. Since each of which rewards him with his legendary wargear. Grombrindal has no less than four quest-chains, bestowing him with the Rune Helm of Zhufbar, the Armour of Glimril Scales, the Rune Cloak of Valaya, and the Rune Axe of Grimnir. Thus clad, he is a formidable force of the battlefield.

So Grombrindal has a number of traits and abilities which make him a unique Legendary Lord.

While DLC Grombrindal The White Dwarf is available Free for all owners of Total War WARHAMMER on Steam. We have not had a chance to test it out.
So by all means leave a comment let us know your experience? And are there any gameplay glitches?