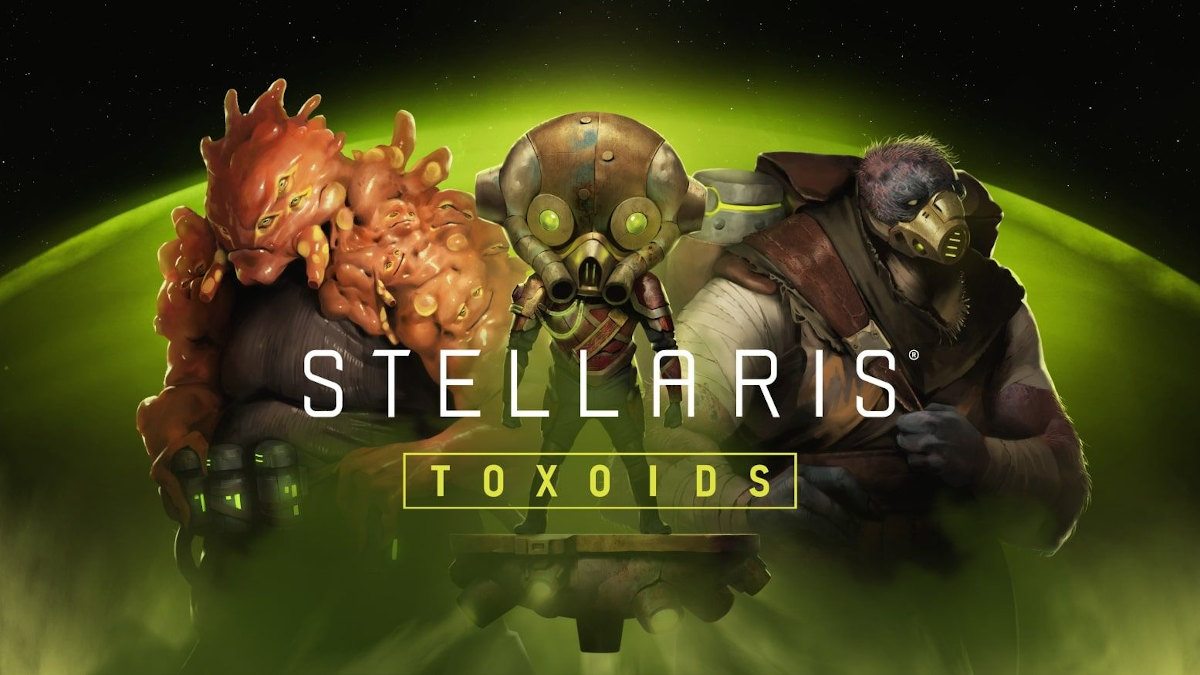 Toxoids Species Pack launches for Stellaris with a game update on Linux, Mac, and Windows PC. Which is the result of the development work of Paradox Development Studio and Paradox Arctic. Available now on Steam, GOG, and Humble Store.

Paradox Interactive is a developer and publisher of games for foul players. Now releasing on Linux, Mac, and Windows PC the Toxoids Species Pack. Adding more to the sci-fi strategy game Stellaris. While adding new origins, civics, and cosmetic options. This also comes with themes of rapid gains at the cost of personal and sacrifices in the setting. Toxoids gives players several new options to create and play the galactic empire. Letting players also execute their twisted dreams.

Rise from the primordial ooze all the way to the stars. Due to stake your claim with the hardiest, most stubborn species in the game’s history with Toxoids. A Species Pack bubbling with visual and mechanical additions to the myriad worlds of Stellaris. Empires featuring the Toxoids species can grow and adapt faster than most creatures. They also tend to make life unpleasant for their neighbors – and often for themselves.

All Stellaris players can also today download a free update for Stellaris. While adding a range of quality of life features and upgrades. The full patch notes are available here.

Toxoids is a new Species Pack for Stellaris