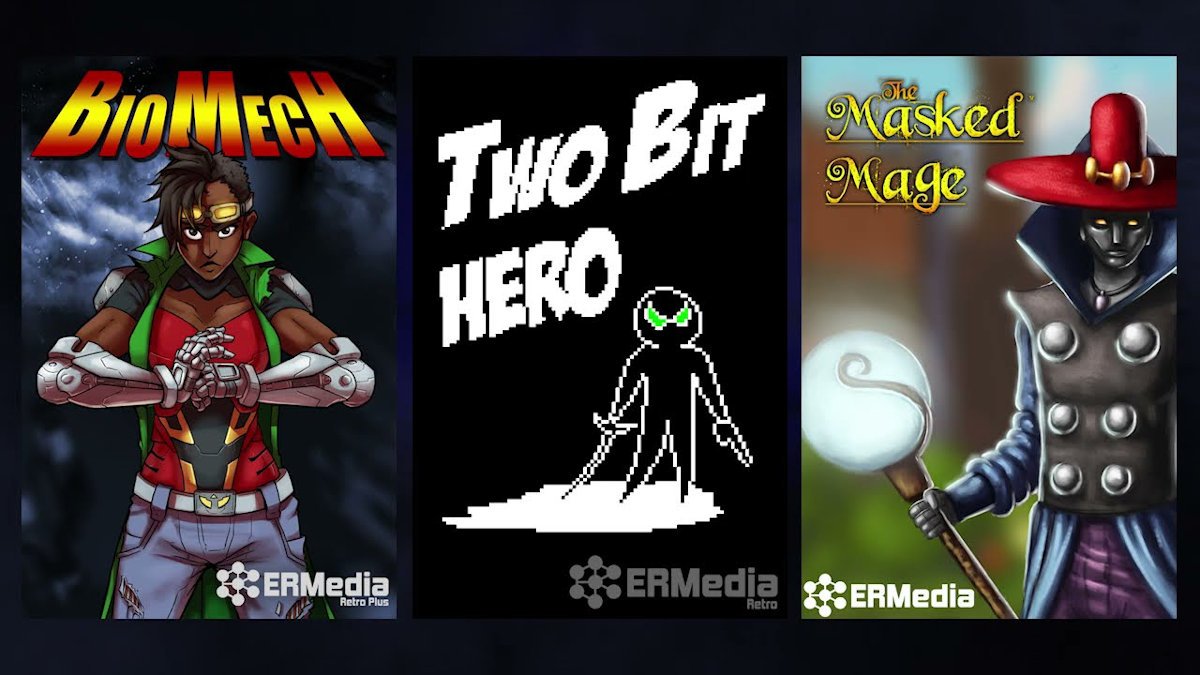 Trailer Compilation for retro Metroidvania games on Linux, Mac, and Windows PC. Thanks to indie games publisher Plug In Digital and independent development studio ERMedia. While offering some rather epic deals on Steam.

Two Bit Hero is a classic retro Metroidvania that sees you taking on the role of a young hero. Citizens have been trapped inside a skyscraper. So it’s up to you to get in, power up, and defeat the bad guys. Then save the people and get out again.

The Trailer Compilation also highlight BioMech. This is traditional metroid-like game with fully built gameplay. No rogue elements and no random content. So things mean that everything is hand crafted and a careful design. Your mission is to break into a hostile robot production facility. Then destroy any and all tech you deem unsafe.

The Tough, the Casual and the Retro – A Metroidvania Trailer Compilation

In this modern, slow paced, peaceful metroidvania game, The Masked Mage. Players will take on the role of the last magician alive. All due to discover where magic went all those years ago. Go on a journey to explore a vast and dark mountains, old temples, and ancient forests.

As from the Trailer Compilation, old school retro game lovers, ERMedia presents a special bundle. This includes Two Bit Hero and also lets you save about 50% of the price in the ERMedia Retro Collection.

Enjoy a swathe of green on green handheld styled games in Pixel Pileup Party. Explore a future style 8-bit space station in Gravity Spin. Maybe you want to uncover all the secrets in a dark, eerie and mysterious castle. Doing so in the 3D adventure Malevolence all for just $10.81 USD. Well the Trailer Compilation focuses on summer sales price, actual bundle price may vary. But you get the idea.

You can also grab yourself a copy of The Skylia Prophecy if you buy The Masked Mage in the Magical Double Pack Bundle. Most of the retro metroidvania games from ERMedia include support for Linux, Mac, and Windows PC.