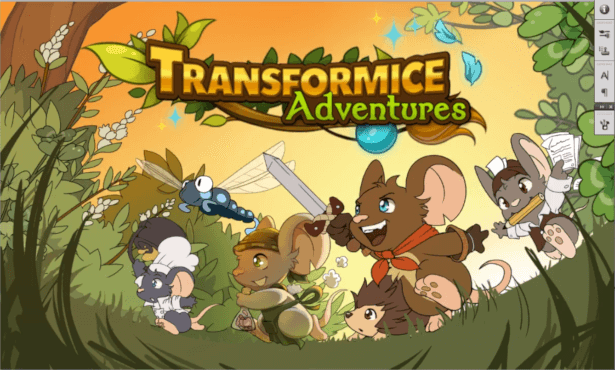 Transformice Adventures releases the games Kickstarter for Linux, Mac and Windows PC. Thanks to Atelier 801 who launch their crowdfudning campaign. There is also a Demo on Steam. Which includes a native build as well.


Transformice Adventures a four player co-op action RPG. Also the sequel to the popular MMO Transformice. Now launching the Kickstarter campaign. While working to hit that €100,000 ($113,000 USD) goal. Seeing the campaign ends on June the 7th.
These funds will aid in developing Transformice Adventures.
Sine the game release is coming to Steam later in 2019. With support for Linux, Mac and Windows PC.

To celebrate the start of the Kickstarter. You can also try the free demo of Transformice Adventures. Which is available now on Steam.

Transformice Adventures will see players take on the role of brave mice. While they battle various creatures. Doing so in this four player co-op dungeon crawler.
Combining roguelite game mechanics. Also an extensive online social experience from its former MMO. The game allows players to enter the demanding dungeon. While doing combat with the help of unique magic. Altering the mice’s skills and weapons.

There are plenty of options to customize available. They range from cute, personal pets that can join you. Also helping the mice in their quests. To unusual jobs with their own unique skills. Such as heroic press or crafty naturalist.
So at the end of the day, players can retire to the local tavern. Also chat with online friends. And show off their more colorful outfits in Transformice Adventures.

Transformice is an MMO platformer. Where mice focus on gathering cheese. Releasing back in May 2010. Thanks to the two founders of Atelier 801. Both Mélanie Christin and Jean-Baptiste Le Marchand.
All thanks to regular updates and an commited community. The game continues to also grow to a landmark 100 million registered accounts.

Atelier 801 has also released other games. These are available across different platforms. Including Bouboum, Fortoresse and Nekodancer. Also the famed Dead Maze.