Home » Linux Gaming News » Trine 3: The Artifacts of Power gets a Linux and Mac Beta release on Steam

Trine 3: The Artifacts of Power gets a Linux and Mac Beta release on Steam

Frozenbyte just announced the 3D #action #platformer game Trine 3: The Artifacts of Power, now has a Linux and Mac BETA #available. Plus a major update for the Windows PC version, which includes numerous bug fixes and optimizations is also included in the patch.

The full changelog is available here.

For Linux, we suggest launching Trine 3 with the following settings below. For whatever reason, the Full Screen mode kept launching in the wrong monitor, in a dual-monitor setup. Therefore, Windowed mode works best, plus we scaled back the graphics level to High, disabling Anti-aliasing and Vertical sync, making sure everything runs smoothly. And voial. Also note, these options are not available to adjust in-game. 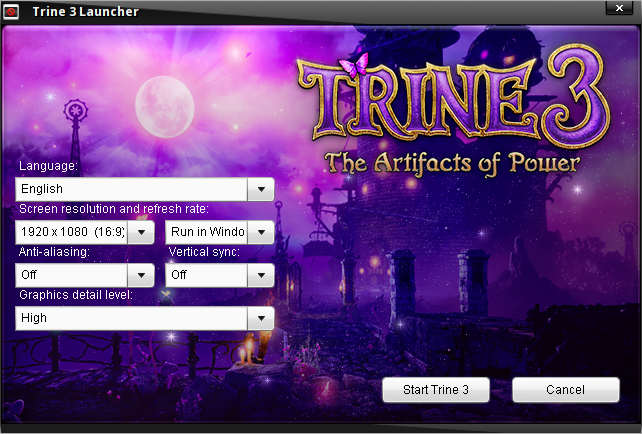 Playable in singleplayer or in co-up with up to three players, both locally or online.

Amadeus the Wizard, Pontius the Knight, and Zoya the Thief have slowly come to the conclusion that having their lives commandeered by a powerful magical artifact is not a desirable state of existence on a permanent basis.

The heroes try to return their extraordinary gifts to the Artifact called Trine, and so they meddle with powers beyond their understanding: Trine shatters, and a heartless ancient sorcerer escapes. With only a broken artifact to guide them, the heroes must try and repair the damage they’ve caused… or the damage that might yet be done.

Up to three players can play online and local co-up. Any mix is possible (for example 2 local, 1 online) and you can switch from singleplayer to multiplayer and vice versa. Play with your Steam friends and explore the secrets together!

The ultimate test to your skills, the Lost Pages feature the most incredible contraptions, character-driven design, and ridiculous puzzles. Are you skilled enough to unlock all the Lost Pages?

Adventure through breathtakingly beautiful landscapes in an enchanting fairytale world,  now in a full 3D setting!

It feels good to have Trine 3: The Artifacts of Power playable on Linux, the gameplay feels comfortable, graphically the game is stunning, even on High. And we are holding a solid 60 fps most of the time, with drops during some cut-scenes, probably due to CPU limitations.

We are hoping Frostbyte adds more content to the game, seriously. Or at least a significantly proportionate free DLC.

Trine 3: The Artifacts of Power is available on Steam for Linux, Mac and Windows PC. And if you already pre-purchased the title, obviously you will have the Linux build already, which is a lot more comfortable than having to play the game in WINE.

Trine 3 developers speak out about release