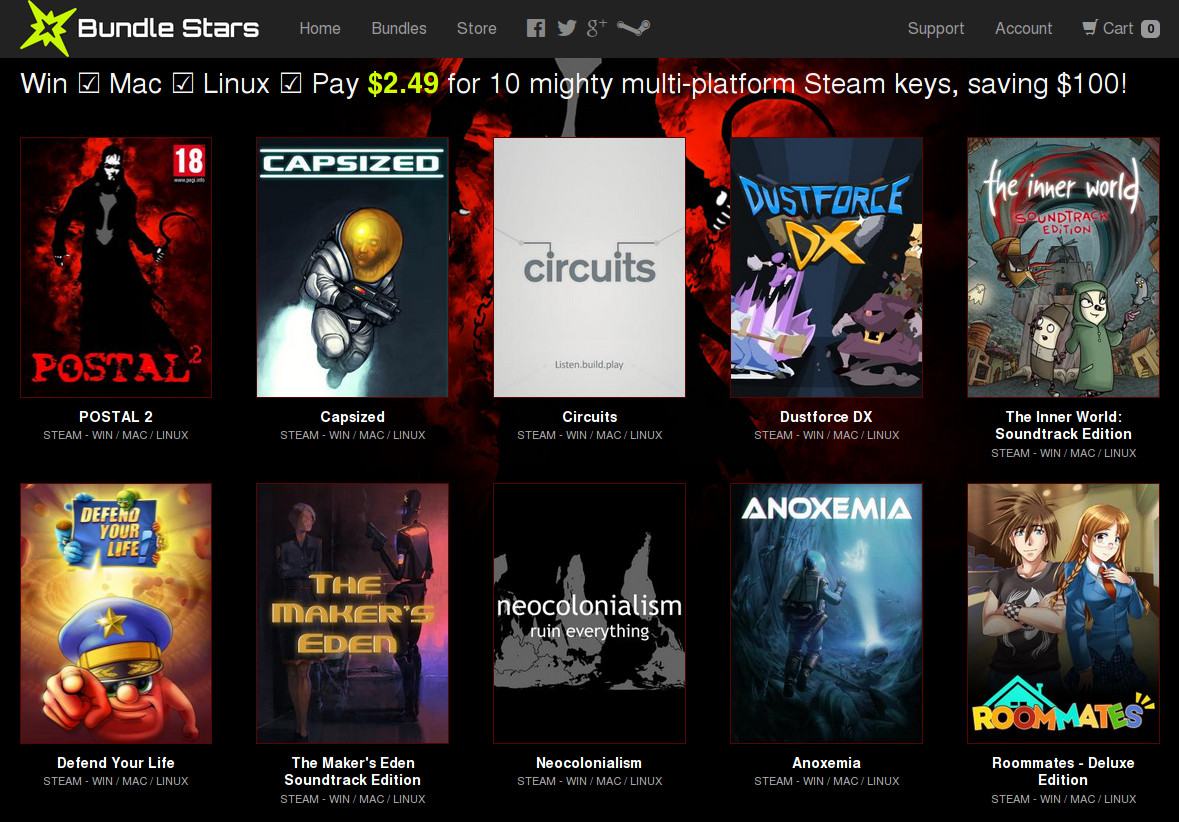 Own the controversial first person shooter, POSTAL 2, and nine other super Steam games for Linux, Mac and Windows PC. All for just $2.49 in the Trinity 2 Bundle, which has launched recently, and make sure to join the Bundle Stars on Steam.

The Trinity 2 Bundle is a great opportunity to save over $97 and enjoy 10 absorbing and varied Steam games.

What’s in the Bundle?

All game can be redeemed on Steam.

The Trinity 2 Bundle is a specially curated promotion, available exclusively from Bundle Stars for a limited time only.

IndieGala is proud to announce the launch of a brand new tool that looks to support the amazing world of indie games.