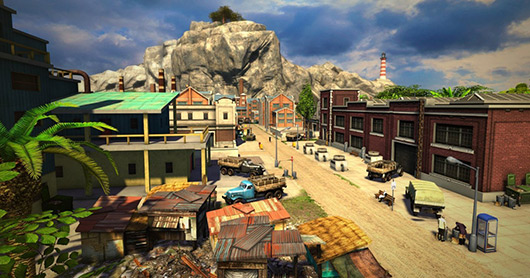 Tropico 5 island #simulator launched on Mac and Linux platforms yesterday, September 19, after making its #debut back in May this year for PC.

The sim places players in the role of El Presidente, who is tasked with guiding the infamous island of Tropico through the centuries as the world changes and moves forward. He must also tackle the changing needs of his people, as well as opposing governments and factions, and thus lay the foundations for his own dynasty.

Despite prior word that Tropico 5 would reach the PlayStation 4 during 2014, a new announcement from publisher Kalypso Media bumps the banana republic simulation to “early 2015.” Kalyspo offers no explanation for the PlayStation 4 delay, but does note that the Xbox 360 version of Tropico 5, which has long been scheduled for a November 2014 release, has not been delayed.

In more positive news, the aforementioned message issued by Kalypso announces the launch of both Mac and SteamOS versions of Tropico 5. “Starting today, Mac & SteamOS users can now visit the island paradise of Tropico in the award-winning dictator sim,” the announcement states. Those suddenly interested in picking up a copy of Tropico 5 can find the game either on the Mac App Store or Steam.

Tropico 6 gets a new gameplay trailer

Release date announced for Tropico 5 on Linux and Mac