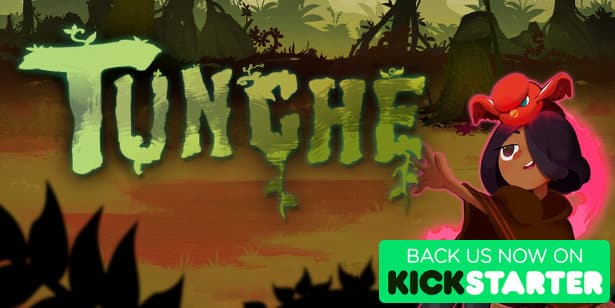 Tunche a charming, hand-drawn return of 2D beat em up for Linux, Mac and Windows on Kickstarter. The games developer LEAP Game Studios mixes in roguelike elements. Also, 4-player co-op with a dash of shaman witchcraft in the crowdfunding campaign. And at the time of writing, already 30% funded.


So the other day I was flipping through Kickstarter games. Tunche had just launched, but alas, no Linux support outlined. Reaching out to LEAP Game Studios seems to prove otherwise.

“We plan to release the game on Linux, Mac and Windows on the same day. We use Unity :)”

So this is indeed good news. Both in the use of Unity 3D and the day-one release for Linux. Which is coming sometime in December 2019.
Which leads me to believe the release will have a more realistic Q1 2020 debut.

Tunche is a 2D beat’em up that tells a mysterious story. One also based on a legend of Peruvian folklore. While the game itself combines hand-drawn animation with risky roguelite gameplay. Not to mention some fast-paced combat.

Tunche creates an unfortgettable experience of fighting through hordes of monsters. While player crawl deeper into the Amazonian jungle. Go solo or form a team of up to 4 players. Then you can all take on the journey. One that creates new challenges every time you play. This is what has my attention with the gameplay.

Tunche 2D beat em up and 4-player co-op is just crank up the Kickstarter crowdfunding campaign. So by all means pledge, knowing the games coming to Linux, Mac and Windows in December 2019 via Steam.