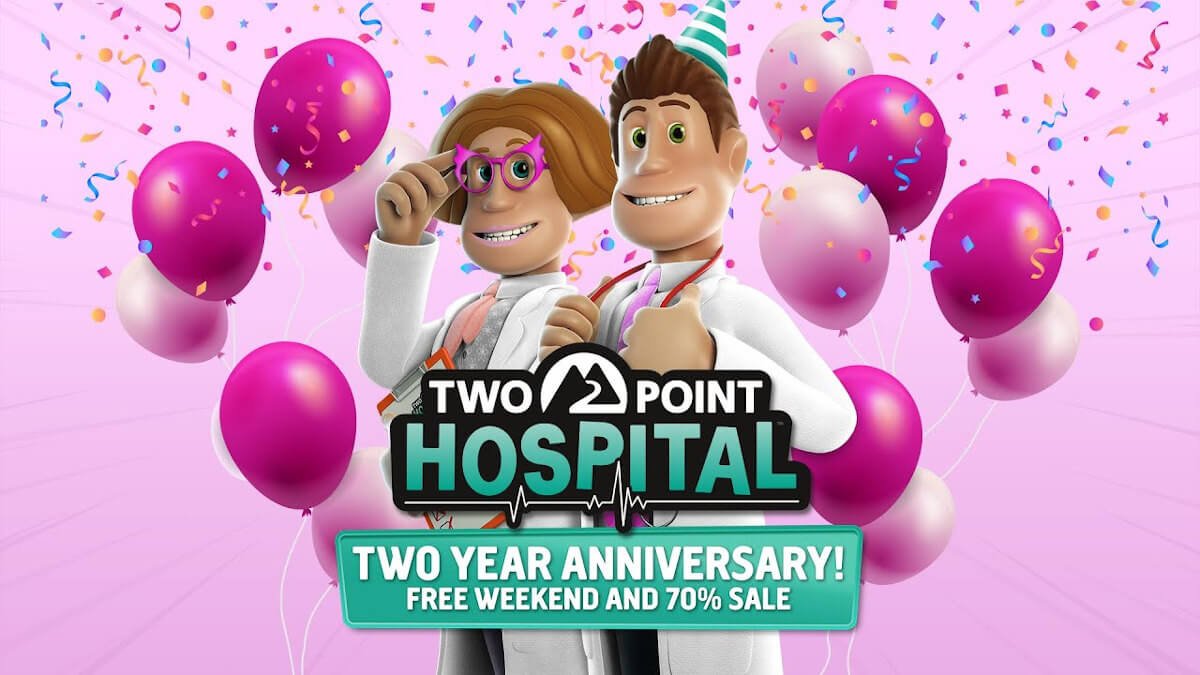 Two Point Hospital celebrates its 2 year anniversary with a Free Weekend for Linux, Mac and Windows PC. Thanks to both developer Two Point Studios and publisher SEGA. Plus there is a huge discount on both Humble Store and Steam.


Two Point Hospital celebrates its second anniversary this weekend. While looking back on two incredible years filled with humor and community support. Not to mention the title coming to consoles. So of course they celebrate. Two Point Studios Creative Director Gary Carr and Game Director Mark Webley along with Brand Director Craig Laycock. All of who put together a video compiling their favorite moments since working on the popular hospital management simulator.

The game celebrates its 2 year anniversary. And now newbies will also be able to play Two Point Hospital for free on Steam. This will be available until August 30th 2020. During these days, players will also be able to buy the base game with a 70% discount. While receiving a further 50% discount for the four Two Point Hospital expansions. Including the item packs and the official soundtrack. Both Humble Store and Steam sales will end on Monday, August 31. So of course, now is the best time to build your epic empire of healing. And take on this unusual world of Two Point County. Customize your hospitals and explore strange diseases. While you’re at it, maybe cure patients and train your staff too. Which you can do on Linux, Mac or Windows PC.

For more information about the free weekend on Steam for Two Point Hospital. Or for that matter, anything else related to the game. Check out twopointhospital.com where you can sign up for their newsletter. Also don’t forget to follow the game on YouTube, Facebook and Twitter.