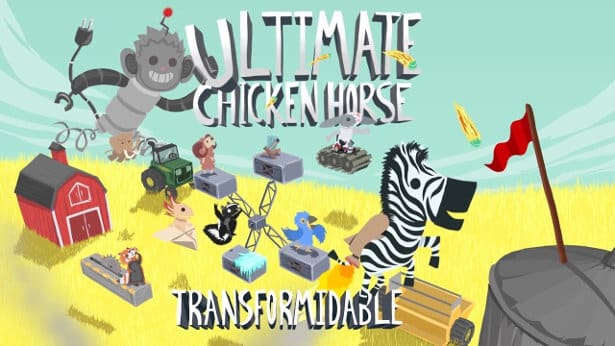 Ultimate Chicken Horse announces the Transformative update in Linux, Mac and Windows games. While developer Clever Endeavour Games adds more content. And yes, this is a pretty HUGE content update. Which will arrive on March 4th. Including a lot of puns.

So Ultimate Chicken Horse will receive the Transformidable Update. Because it is both transformative and formidable. This is what Clever Endeavour Games calls it.

It seemed a bit unfair that only Horse had an alternative look as Zebra. So the new friends below have also showed up! These exotic creatures will show up as outfit unlocks in the game. Which you will also get as you play local or online games. 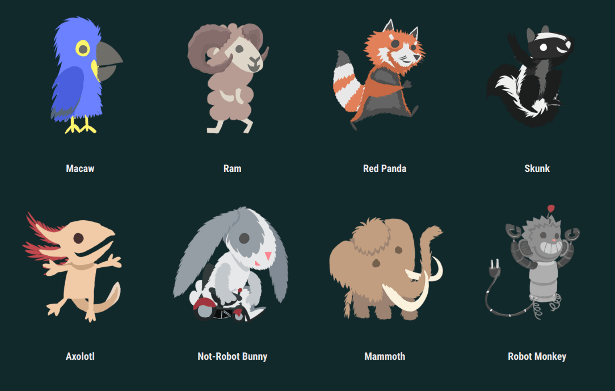 Your Party Box can now give you the brand new Jetpack or Jetpack Dispenser. So pick one up, and you’ll be flying through the course like a rocket. Just be careful of the hazards in the Transformative update. Which will also be playable on Linux, Mac and Windows.

So in case you thought Ultimate Chicken Horse wasn’t wacky enough. There now 20 modifiers to play with. With all these modifiers, you can also make crazy combos. Even make custom challenge levels using specific modifiers. Since you can create a level and save it online in Challenge Mode. All players will have to use those modifiers to try to beat your level.

So grant each player in Ultimate Chicken Horse a number of lives. Which can be used to respawn either automatically. Or while holding the Retry button. These respawns can be on a per-round basis. Which will also be a delicious addition the the game.
Also per-match basis, which can lead to some deeper strategy. When players choose to use them. Or while you help give a handicap to players who are just learning.

Minor Features (if you can call these minor)

So if you do not own Ultimate Chicken Horse. The games available on Steam and Humble Store. Priced at $14.99. But also playable on Linux, Mac and Windows.