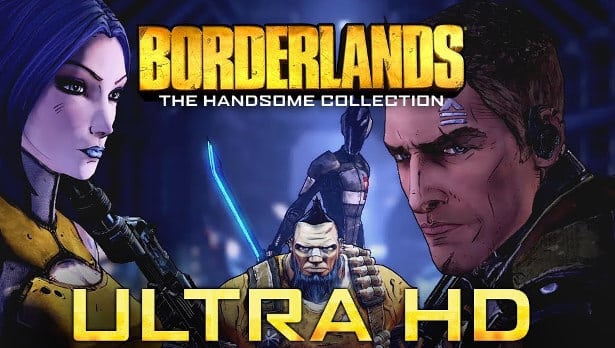 Ultra HD Texture Pack is coming to both Borderlands 2 and The Pre-Sequel games on Linux and Mac. According to a recent Twitter post from Aspyr Media. Since the new DLC is out now on Windows via Steam. Linux is not left out of the mix.

The new Ultra HD Texture Pack offers visual changes. To both Borderlands 2 and Borderlands The Pre-Sequel. So you will be able to increase the visual quality. And doing so for both Borderlands games.
Plus the DLC is also free. Including an upgrade and remaster of the setting. Affecting both character and weapon textures too.
Since playing 4K resolution will have the better enhanced visuals. Improvements can also be seen in lower resolution displays.

Aspyr highlights the coming Linux and Mac update. Which I’m eager to how this Texture Pack will look on Linux. Since graphics are already fairly sharp in general. If they get even better without a performance impact. Especially for anyone running lower end hardware. This going to be interesting. Since we don’t have a release date.

So if we can have better details and textures. Sure why not. Aspyr also asks players to follow their support page. And keep an eye open for further updates.

The Borderlands HD update is coming for Mac and Linux to Borderlands 2 and The Pre-Sequel. Stay tuned to this article for the latest updates: https://t.co/9yBwZuSEas

Also within each Ultra HD Texture Pack page on Steam. There is also a warning. That is if you have performance issues after installing. You can uninstall the texture pack DLC. Which means quitting the game. Then unchecking the free DLC in the Steam library. Which I’m interested to see how this affects Linux.