Ultima Underworld developer Paul Neuarth, along with the other members of OtherSide Entertainment, launched a Kickstarter less than a month ago, looking to fund Underworld Ascendant. A spiritual successor to the classic Ultima Underworld games, assuring a deep role-playing experience complete with a unique “Improvisation Engine”. While hoping to raise $600,000 to fund the game’s development. A goal OtherSide can now say they have achieved.

Now only five days are left in its crowdfunding campaign, Underworld Ascendant pushed past its Kickstarter goal just recently. Addressing the project’s success in an update, Neuarth expressed that the studio was “honored” by the support of its 10,000+ backers. “We’re humbled,” said Neuarth. “Honored to have your support. And, to be honest, a bit relieved that we actually did reach the milestone. The team is incredibly excited that we can now make the game we have so passionately wanted to make for 20 years, and do it together with you.” 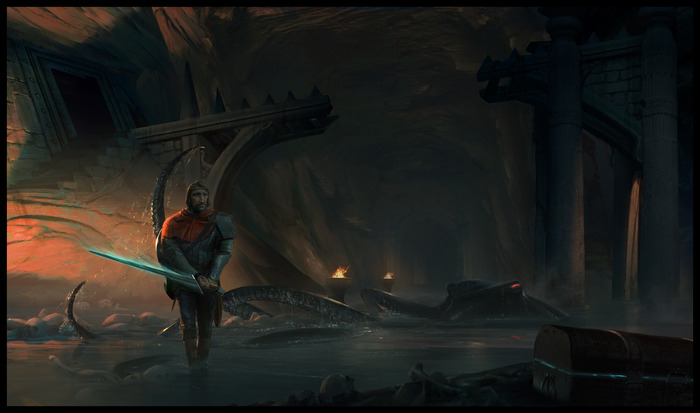 Ascendant‘s next stretch goal is $650,000 and will unlock a new game area called the Underswamp. After that, new stretch goals will be unlocked at $50,000 intervals. Once released, the game itself will “plunge [players] into the Stygian Abyss,” a massive subterranean fantasy world where they’ll contend with “dynamic” factions and develop their own character using a variety of skills, abilities and classes that can be mixed and match as needed. With the aforementioned Improvisation Engine, OtherSide also hopes to give players the ability to devise their own solution to the game’s challenges rather than shoehorning them into a series of pre-made answers. No specific release date has yet been announced for the game, but the Kickstarter’s rewards are promising the delivery of digital copies by November 2016.