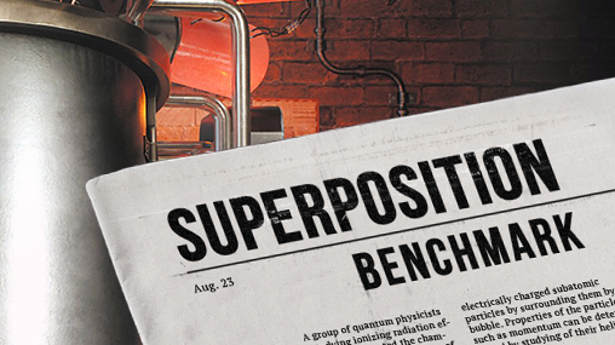 The Unigine’s benchmark utilities have been popular around a decade now. Hence starting with Sanctuary, then Tropics, Heaven and Valley. So we still use Unigine Valley #benchmarking #tool to measure #GPUperformance. While Unigine will be releasing an entirely new benchmark based on their Unigine 2 Engine, Superposition. Build on their Unigine 2 Engine, so this will support DirectX 11, OpenGL 4.5+ and both the Oculus Rift and HTC Vive.

Alongside a traditional performance test, Unigine Superposition will contain a GPU cooling stress test. Which will help you test your GPU’s load temperatures and overclock stability along with a dedicated VR mode. Plus an interactive mode with several mini-games.

Therefore this benchmark will support both Linux and Windows. Coming loaded with scalable settings to cover a wide range of hardware, from APUs to desktop GPUs.

Superposition Benchmark is a new GPU stress-testing tool from UNIGINE, the developers of the very popular and highly acclaimed Heaven and Valley Benchmarks. This powerful benchmark can be effectively used to determine the stability of PC hardware under extremely stressful conditions, as well as check the cooling system’s potential under maximum heat output. It also offers highly immersive VR mode with support for Oculus Rift and HTC Vive HMDs.

So Unigine Superposition is set to release in Q4 2016. Hence this should mean that the benchmark will release later this month?
The tool is currently on Steam Greenlight, so we can likely expect a Steam release of the benchmark tool if there is enough interest.