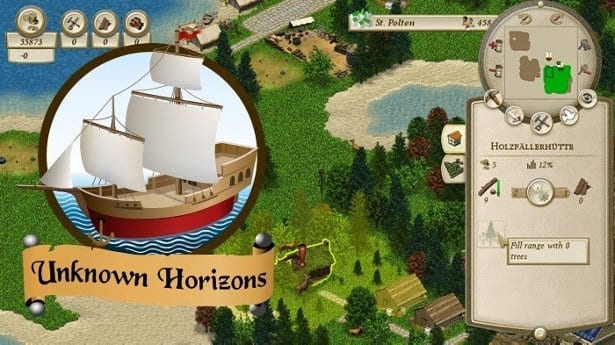 Unknown Horizons is an open source real-time economy sim game for Linux, Mac and Windows. The games completely free. Including strategy elements in an isometric 2D engine. While development uses the Flexible Isometric Free Engine (or in short: FIFE). The project is hoping to port the game to Godot Engine.

While developer is working closely with the FIFE developers to integrate new features. They also want to switch to the Godot Engine. So they are looking for some developer support. After all, they are trying to create a game in their free time, you know, for fun.

Should you be up to getting involved via the official website. You you can lend help, support and ideas. Since the they are looking to port the game to the Godot Engine. If you can manage development support, chances are you can get your name in the credits. I’d say, getting your name lights, but that depends on the port.

We are searching godot devs. We want to switch the engine. Because our engine that we still use is not really active. If you have intressting and want to help it would be nice. @godotengine

Unknown Horizons start you off in archipelago With nothing but a single ship. Also a handful of resources, with enough to get you started on a basic settlement. Then the first sailors will settle down in your city hoping to make living.

All of the occupants will all different on their way to becoming a wealthy tradesmen. At each change there will be new demands and desires from the people. So you have to take care about their needs. Including taxes, all of which are a part of the success in Unknown Horizons. Then as the settlement grows bigger, you decide on peace or mayhem. It’s up to you.

So if you have the developer capabilities, you can get involved in the Unknown Horizons sim. But you can also play the game, since it’s Free for Linux, Mac and Windows.