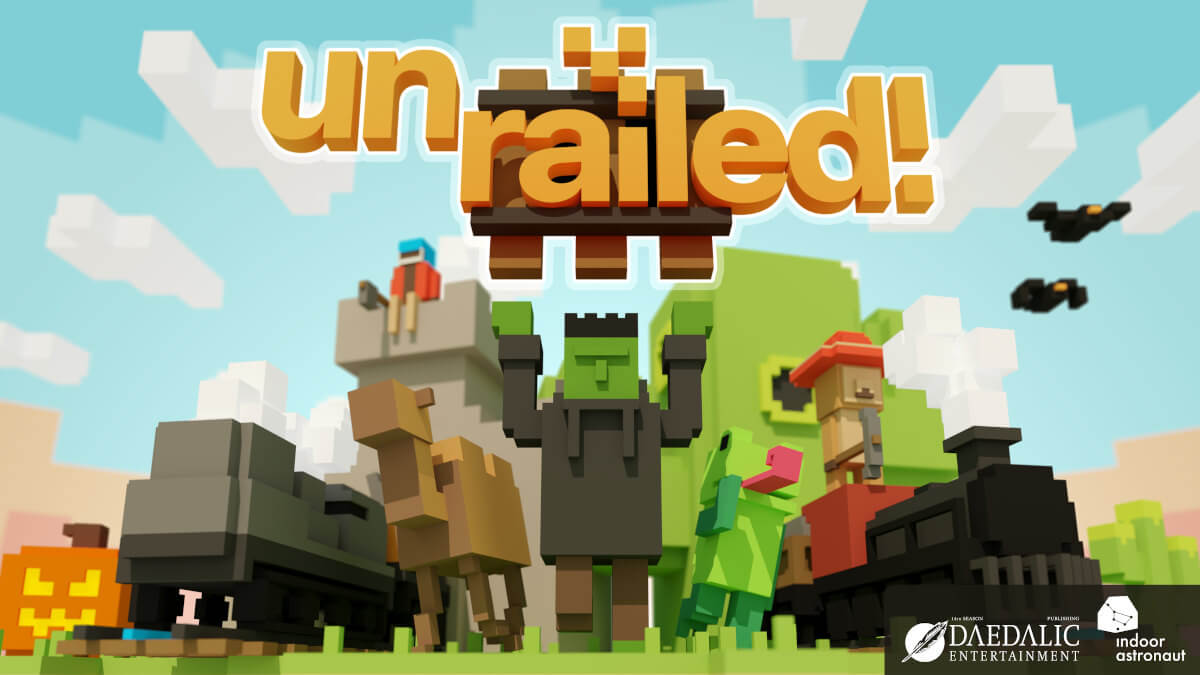 Unrailed! co-op multiplayer releases version 1.0 in Linux gaming, Mac and Windows PC with a sale. Thanks to Daedalic Entertainment and developer Indoor Astronaut. Who are eager to announce the official on Humble Store and on sale via Steam.


The co-op hit Unrailed! releases version 1.0. So now players can dive into the full game. After one year of Early Access, the game now features new biomes, wagons, game modes and more.

Get a glimpse of Unrailed!’s chaotic railroad madness. The new release trailer shows off quite a bit.

Unrailed! – Out Now on PC and Consoles

From the Steam announcement:

…just a quick comment about the new difficulties. The kids setting allows you, among other tweaks, to restart at every station. The extreme setting on the other hand takes things to the next level. And should be a challenge even for experienced Unrailed! players. Also, we’re not going to spoil the part about the black silhouette, you’ll have to figure out that one by yourself by playing the game 😬.

The “black silhouette” has not been covered yet in my own gameplay. But there are certainly some challening biomes. The Winter one really hinders your movement. Forcing players to be more economic as you work together. Even moreso playing the game with two players. Linux gaming using the Robot AI, well that’s a bit more challenging. Since you really have to monitor what resources the robot is collecting. Then adjust your gameplay to keep creating more track.

Unrailed! is a true test of your friendships. Since you have to work together in local or online multiplayer. Doing so with up to four players to guide your train. Working through dangerous, procedurally generated terrain filled with obstacles. And also deal with local wildlife in order to reach the safety of the next station. Communication and cooperation are key to ensure you always have enough resources. Likewise, you have to work to build new tracks. And of course stop your train from overheating. Fending off animals pestering you. Without quick decision making and strategic planning your train will derail fast. This definitely makes the game more challenging. Whether you play the endless, team or quick mode. As a result, you have to build the longest track ever. Or so it seems.

Unrailed! now features a whole new Biome and additional wagons. The Mars biome is the most challenging so far. Since it boasts a hazardous environment with a mysterious entity. This annoyance blocks your path and shoots at your train. Therefore, make note, you’ll have no water at all. While you make good use of your energy shields and your ability to fly through space. So keep an eye on your health in that biome. You can only be outside of the energy shield for so long. Above all, avoid a space transport crash.

Due to the Unrailed! launches version 1.0 with a sale. And since co-op multiplayer releases with a huge success. There is a 20% discount available on Steam right now. Sadly only regular price on Humble Store. But it’s worth getting into some Linux gaming. but if you know someone on Mac or Windows PC, all good.