Vagrus is listed and discounted on Humble 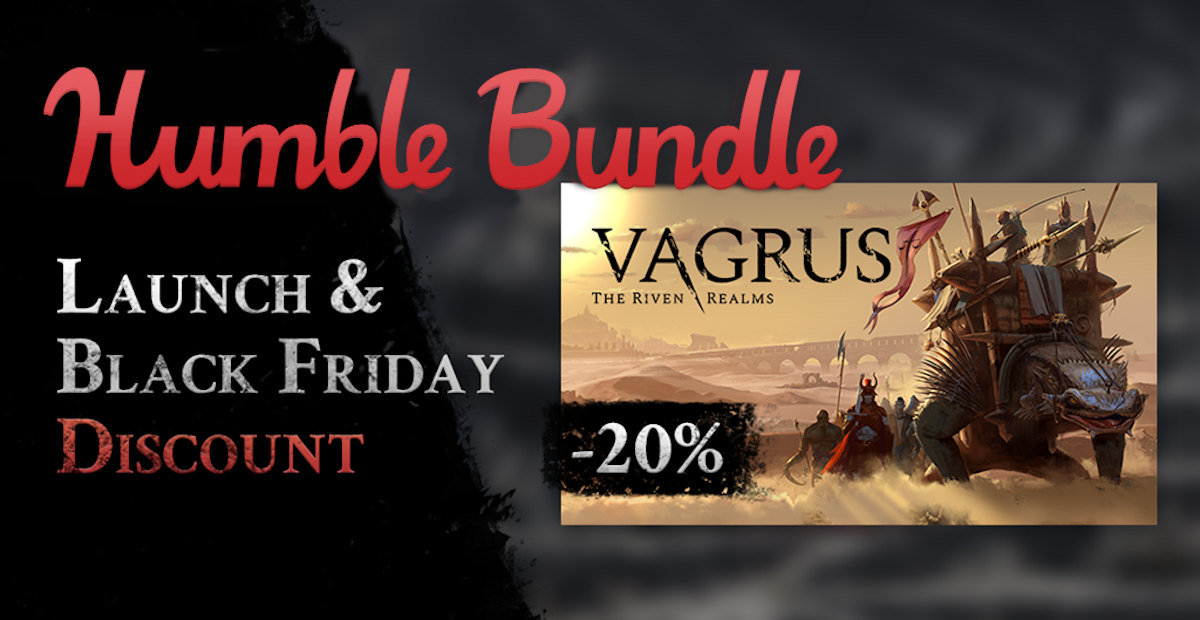 Vagrus – The Riven Realms fantasy RPG game is listed and discounted on Humble via Linux, Mac, and Windows PC. Thanks to the ongoing success of developer Lost Pilgrims Studio. Available on Steam, GOG, and that discount on Humble Store.

Lost Pilgrims Studio’s efforts to bring their indie darling strategy RPG, Vagrus – The Riven Realms, to more players has come together. Since the game is now being included in the Humble Store. Players making purchases there will receive Steam keys for the game. Vagrus is not part of any specific Bundle just yet. It will simply be present on Humble’s storefront itself. While launching with a 20% discount. Due to last from November 18th through Black Friday and the following weekend.

Aside from branching out onto new storefronts, the developer has been aiming to bring Vagrus to more people focusing on three areas:

Besides their coding work, the team has been developing additional content. This will be releasing in two free DLCs in the last six months. Also teasing their first paid DLC. This will add an entirely new region and its coming sometime next year.

All in all, the Lost Pilgrims team is working with the utmost commitment. Due to bring Vagrus – The Riven Realms to as many people as possible. So now, including the Humble Store is a stride in the direction of that goal.

Vagrus – The Riven Realms out on GMG