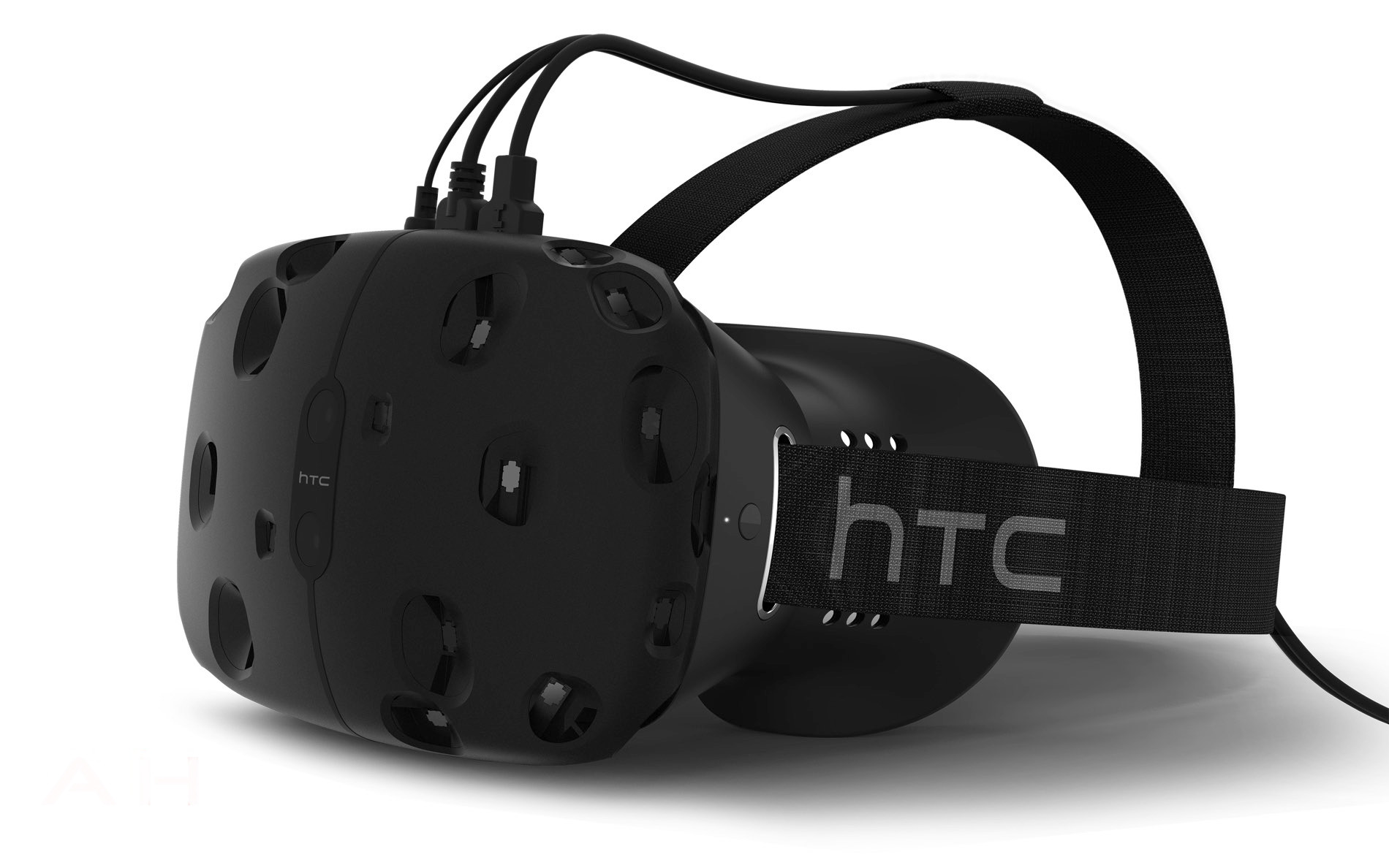 A major partnership with leading #game #developer Valve and HTC was recently #announced at a Mobile World Congress event. A partnership that is unprecedented given the size and market reach of HTC’s manufacturing abilities and the saturation of Steam as a gaming platform.  Oculus Rift was the first time we ever saw a consumer level VR, but now HTC is making sure that the Oculus name is forgotten with its newly announced virtual-reality headset, the HTC RE Vive.

The hardware itself is very similar to other VR headsets currently released, featuring a large clunky screen enclosure, elastic straps around the unit to cling to your head while immersed in a virtual world.  The screen itself has been discussed briefly and resolution was not mentioned, but HTC did reveal a 90Hz refresh rate and 360-degree field of view with full room scale.  This refresh rate was chosen due to lower refresh rates many people experience sickness with VR technology, but as that refresh rate number increases less people will have issues.

The unit comes loaded with over 70 sensors that give full head tracking support to the technology, allowing for freedom of movement seldom seen on this type of consumer level VR tech.  For input interaction HTC is planning wireless controllers for a traditional gaming input as well as hand movement tracking much like you would find with something like Microsoft’s Kinect.  HTC has yet to go into how they plan to utilize the hand movement tracking but there are plans of interacting with the game world in a natural way not seen before, hinting at some additional tech like a Kinect that which would likely be shipped with the headset.

“We hope this is one of the strong growth engines going forward in the coming years,” Chang Chialin, who’s HTC’s head of global sales, said in Taipei. “It’s not just for personal entertainment, in our strategy we can apply the platform to multiple vertical fields.”

Besides gaming, HTC expects its VR system will be usable for immersive training as well as virtual tours of homes and travel spots. And HTC currently has around 100 people in its core virtual-reality team working on developing hardware that will connect with users’ own computers, he said.

Sometime this Spring a developer edition will available, with a consumer model likely to follow later in the year or so.  Similar to the Oculus Rift developer program this will be available for those that have signed up and will likely be limited availability at first.