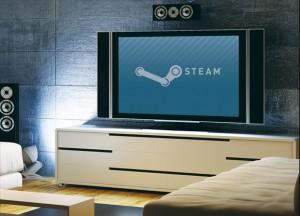 Numerous events this year have foreshadowed Valve directly entering the PC hardware game, but boss Gabe Newell made it official during a red carpet interview at the 2012 Spike Video Game Awards. The software developer and proprietor of digital distribution store Steam has a plan to sell custom PC gaming machines to geared toward competing with next-generation consoles from Sony and Microsoft.

In a discussion with Kotaku last night, Newell said “I think in general that most customers and most developers are gonna find that [the PC is] a better environment for them. Cause they won’t have to split the world into thinking about ‘why are my friends in the living room, why are my video sources in the living room different from everyone else?”

This year, Valve has made an aggressive push into Linux, expanded beyond game sales and into productivity software via Steam, berated Windows 8, and introduced “Big Picture Mode,” a way to interact with Steam and its library of games more comfortably on a living room television.

It’s likely that Valve will assume the role of a boutique PC manufacturer, taking standardized hardware and customizing it (as well as software) for a living room experience. This would entail pre-installing Steam, but I wouldn’t be surprised if, with Valve’s recent love affair with Linux, the company wasn’t neck-deep in developing a custom Linux distribution. Valve could also enable a smooth consumer experience by automatically updating drivers and generally making their take on the living room gaming PC as user-friendly as consoles.

And consoles are exactly what Valve is gunning for. Gabe Newell has been adamant about doing “whatever it takes” to compete with burgeoning console market, and he believes the right gaming PC can compete with next-generation consoles.

I’m wishing Valve all the luck in the world with this initiative, but there could be a downside. Newell stated “Well certainly our hardware will be a very controlled environment. If you want more flexibility, you can always buy a more general purpose PC. For people who want a more turnkey solution, that’s what some people are really gonna want for their living room.” This could hint at a semi-closed operating system environment, if only to unify and control the ideal user experience.

So, I pose this question to you: What would your ideal “living room gaming PC” come bundled with? What would it need to deliver to replace your favorite console?