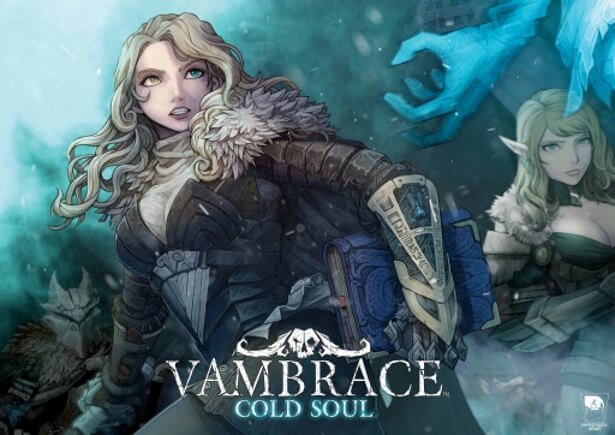 Vambrace: Cold Soul roguelike adventure games coming to Linux, Mac and Windows in April. has been a long time coming. Thanks to developer Devespresso Games. The games original concept is nearly 19 years in the making. Now coming to Steam next month.


In his youth, Minho Kim, lead artist and CEO of Devespresso Games. Often working on the conjured world of Icenaire. Since this is a form of escape. So he populates the realm with interesting characters. And a few dramatic events too.

Most elements of Vambrace: Cold Soul, loosely connected. While others found more solid form. Exploring discussions in Korean online forums. In there, he shared his art with other fantasy addicts. They also contribute to this evolving patchwork world. He even illustrates avatars for the most devoted members.
So through the years, he honed his skills. Both in pen and pencil. And though he works on many new projects. Icenaire will remain a fond one. Then moving into the mystical realm of game development. Now Vambrace: Cold Soul is ready to release on April 25th, 2019.

Vambrace: Cold Soul is a narrative driven game. Full of great characters and brutal challenges. Also some deep strategy. To succeed, you must choose perceptive party leaders. Camping to heal and exploring strange encounters. And survive deadly combat.
Will you scavenge for supplies to sell? Use them to craft new items for your next expedition?
The surface of Icenaire is cold and unforgiving. So, prepare your party well before departing. Trying to get around joining the cursed city’s undead.

Since the King of Shades has cursed the great city of Icenaire. Now cast under a permanent decay of frost fall. So its former residents are returning from the dead. And now they are mad Wraiths. Survivors take refuge deep underground. Since they lead a desperate campaign against this unearthly power.
While greatly outmatched, they are forced into hiding. As the King of Shades amasses an army of the undead above them.
Then One fateful day, a mysterious stranger appears in the city. Also coming with an enchanted vambrace. She may now be their only hope…

So you take on the role of Evelia Lyric in Vambrace: Cold Soul. Bearer of the Aetherbrace. Also the only human capable of entering Icenaire. While survivors look to you as their best hope. Fighting against the King of Shades.
But due to one major problem. You’re greatly outmatched. So survival is not guaranteed.

In this game, the difference between life and undeath all comes down to good planning and smart tactics! ​

Vambrace: Cold Soul roguelike fantasy adventure will release on April 25th. Coming to Linux, Mac and Windows. While Nintendo Switch, PlayStation 4 and Xbox One following in Q3 2019. Also, there is no word on price just yet, it’s still TBD.