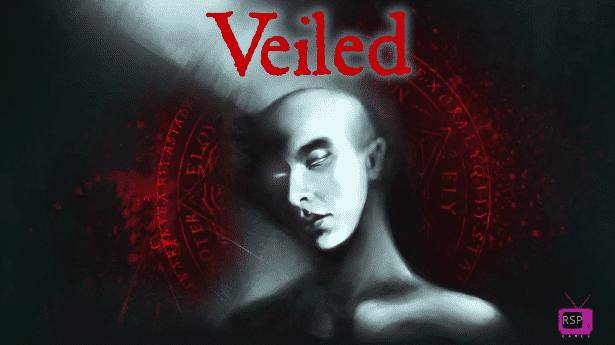 Veiled is the new DRM free occult horror title for Windows PC, but the games coming Linux as well. Thanks to the brand new Canadian game studio Regularly Scheduled Programming. Who just released their debut title. Available now on Itch.io.

Veiled bring the occult horror for Free. So you can download it now. Since the gameplay takes inspiration from titles like PT and Paratopic. Also the underground games of Kitty Horrorshow.
On it’s own Veiled offers an atmospheric minimalist mystery. With themes of tragedy and occult horror. Which also has a strategy you can play along with.
The game is also the creation of three developers in the space of a few months.

“To answer your questions:

Since we do not see a ton of Unreal Engine 4 games. Especially for a free indie title. But it’s impressive to see such short development time. And support is coming, soon. No release date just yet. Check out the games trailer below.

“Veiled is a small experiment in atmospheric horror. We’ve worked to create a dynamic environment. One that relies on subtlety and unpredictability to unsettle the player as they explore. No two play through’s will be exactly the same,” said Ian McCamant, CEO and Project Director at Regularly Scheduled Programming. “We want to use Veiled as a way to introduce our studio to the community. And start building relationships with our players. Discovering the ins and outs of the story is part of the mystery. And part of the fun. The whole experience is like a puzzle box. And we hope that players will collaborate to unlock its secrets.”

Just run “wine Veiled.exe” in the games folder. Voila. There is a bit of audio glitching, but the game runs. Or just wait for the native Linux release.

Rendered in moody, lo-fi graphics reminiscent of early PlayStation games. Veiled challenges players to navigate an eerie suburban home. Following cryptic clues to complete an obscure ritual. But they are not alone. A dark presence lurks in the hallways. And hints of a tragic history await the observant explorer. This place is haunted.

Veiled is 100% DRM free. So dive in and begin the ritual today on Itch.io page. Playable on Windows, but coming soon to Linux.