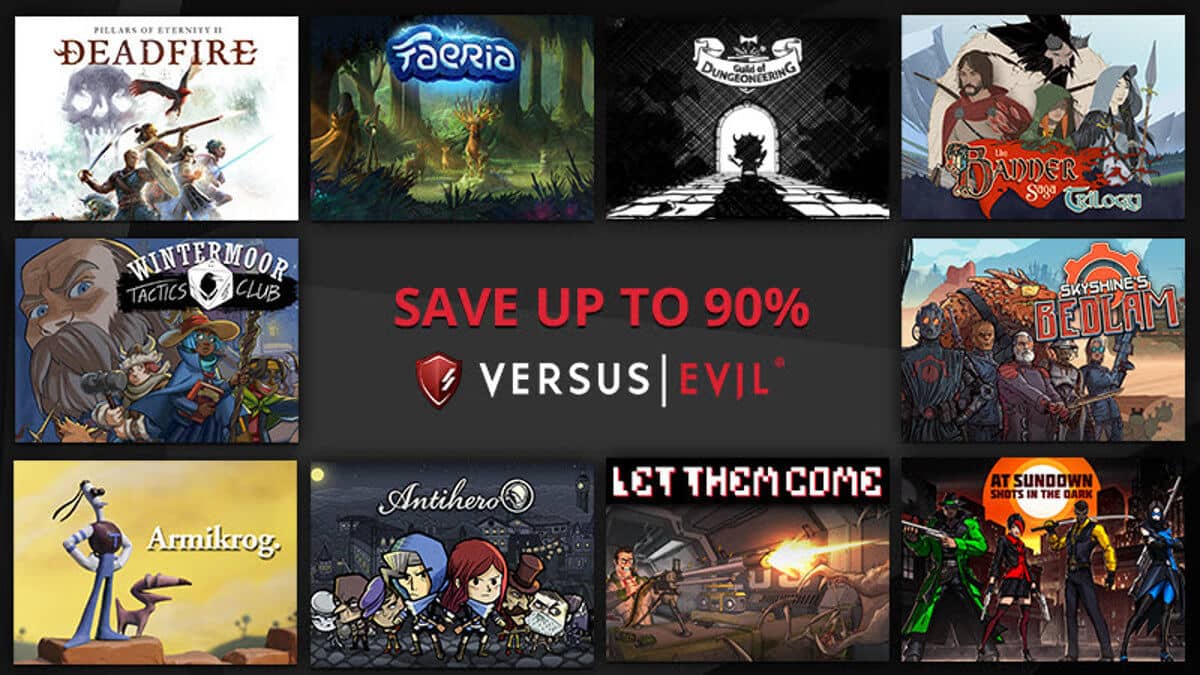 Versus Evil launches a Steam Sale with some big discounts for Linux, Mac and Windows PC games. Since they are one of the leading independent video game publishers. This sale is rather worthwhile for Steam savings.

Versus Evil announces range of huge discounts across its entire catalogue. The publisher sale is live on Steam. So that gamers can stay at home and take advantage of some great savings. There certainly are a wide variety of games. Including 67% off their turn based strategy game Antihero. Which does not have a native Linux port, but is worth playing. And also works via Proton.

The stunning Viking RPG, Banner Saga trilogy also gives players a great reason to stay. While including 80% discounts across Banner Saga and Banner Saga 2. And Versus Evil offers 60% discounts for Banner Saga 3. Including the Legendary Edition and Deluxe Editions. Due note, the first game had Linux support. Even though there is Proton support it’s worth mentioning, your experience may vary.

Card based strategy game Faeria is a deal with 60% off the main game. While including 50% off its expansion packs such as Chronicles of Gagana.

Other Versus Evil discounts include 67% off hilarious turn based dungeon crawler Guild of Dungeoneering. Not to mention some great savings on its DLC packs Ice Cream Headaches and Pirates Cove.

BAFTA winning party game At Sundown: Shots in the Dark is available for 67% off its RRP on Steam too. Having played the game pre-release, I have always found it to be fun. And with a deal like this, even more inspiration to play. Since the title supports Linux, Mac and Windows PC.

Fast paced digital board game Antihero is a steal at 67% off. The same with Book Club and Armello characters packs are also reduced with 50% off. Skyshine’s Bedlam can be snapped up for 75% off. The same with space junk strategy game Habitat offers up a 90% off. So there are some great saves on Steam games.

For a full list of the Versus Evil games and Discounts in the Steam Sale of up to 90% off. 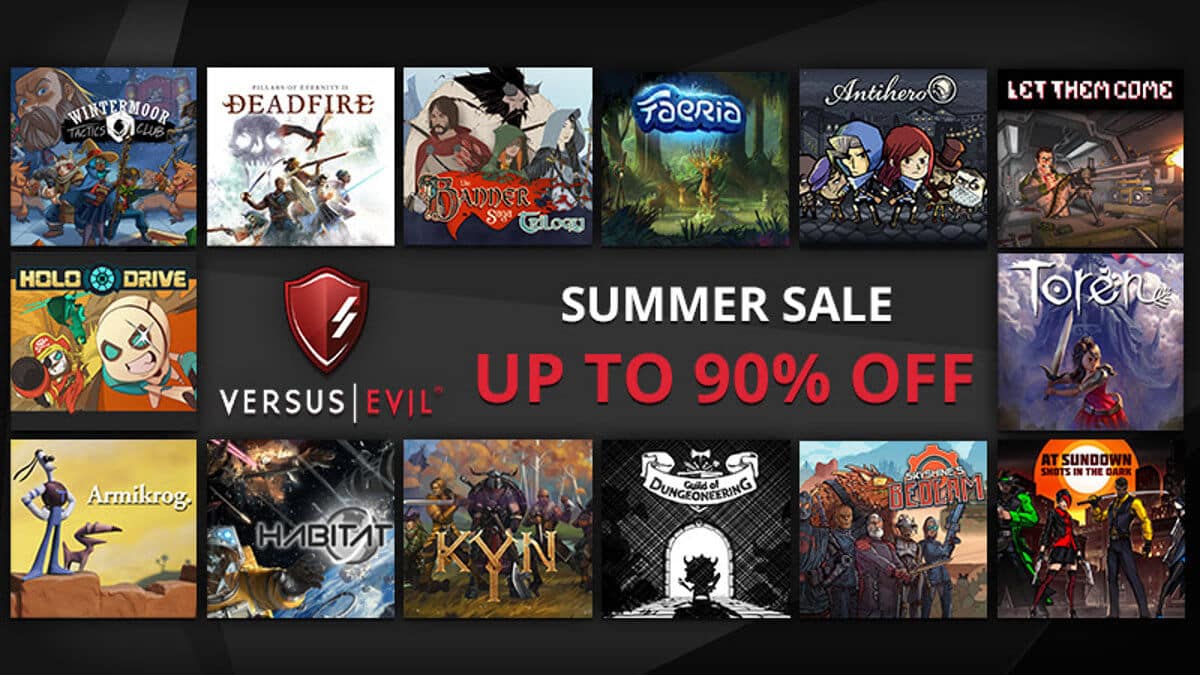 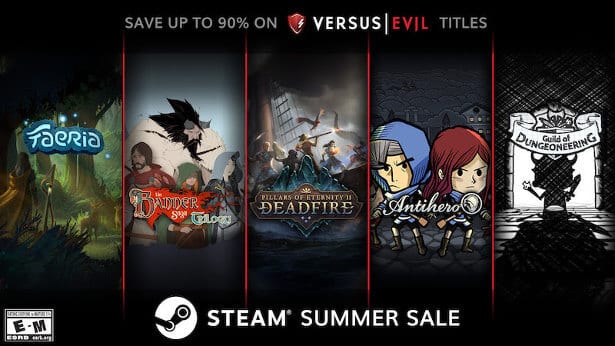