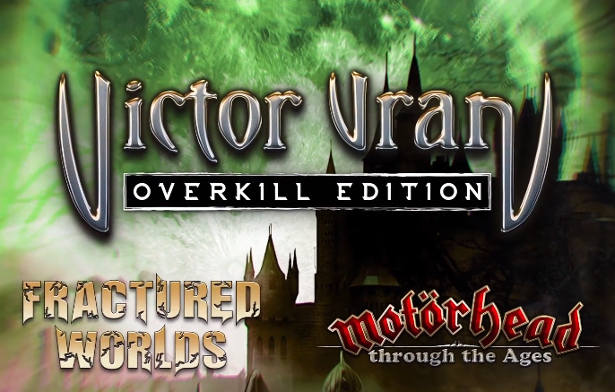 So developer #HaemimontGames have #announced Victor Vran Overkill Edition. Hence this will be #available for Linux Mac and Windows. While this new edition includes the base game plus and two new DLC’s for the action RPG. Hence it’s been a while since the Tome of Souls release or the pumpkin revenge content, both back in 2015

“Victor Vran: Overkill Edition includes Victor Vran (base game) and also comes with two brand new adventures: the ethereal Fractured Worlds – a challenging and empowering new expansion featuring a new chapter in the story of Victor Vran, and Motörhead: Through the Ages – a wild, rock adventure, inspired by, officially endorsed by, and starring, the loudest band in the world Motörhead!

For players who already own the game on Steam; You don’t need to buy the Overkill Edition. The two new DLCs will be available for purchase from our Victor Vran Steam Store page.”

So when Victor Vran launched out of Early Access back in July of 2015. Haemimont did outline that all DLC for the game would be released Free for all existing owners of the game. Which this is probably rare for most developers, there are some who want people to play the game. Rather than pitting gamers with further money grabs.

Enter the world of “Motörhead: Through the Ages”. A wild tour through the mythos of the loudest band in the world! Harness the powers of the immortal Motörhead to defeat deadly new adversaries in three demon-infested worlds intertwined with the songs of the band.

Journey to the Fractured Worlds, a dimension formed from the fragments of broken realms. A perilous place for even the most experienced of hunters, explore its unfathomed depths through new levels and endless dungeons where each step proves more dangerous than the last. Continue your journey as Victor as you attempt to piece together the Astrolabe in this new, thrilling addition to Victor Vran.

So I have to admit, I appreciate that the developers are holding true to their word with the action RPG. Hence not only that, but releasing the Victor Vran Overkill Edition Free of charge to existing owners. And ever since Haemimont Games released the ARPG on Early Access, I have been an avid fan, specifically with the Linux release. Even though gameplay performance has changed somewhat, my love for the game has now.