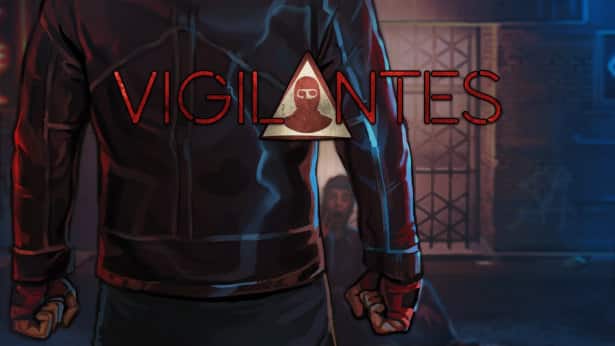 Vigilantes turn based tactical RPG is available on Steam for Linux, Mac and Windows earlier than expected. Thanks to the work and development efforts of Timeslip Softworks LTD after 4 years of development. Available on both Steam and the official website.

Vigilantes is a turn-based tactical RPG, but not as you know it. Forget wizards, aliens, and zombies.
Since the player becomes Sam Contino, a conscientious citizen dragged down the rabbit hole of vigilantism. Hit the rainy, lawless streets of Reiker with a crew of hardened crime-fighters at your back.
While assisting citizens in distress, you use your skills to get the drop on enemies before the first shot is fired. Also taking down psychotic mob assassins and molotov wielding cultists. All in fully-featured squad and action point based combat.
You can also interrogate your way up each gang’s chain of command. Confront their leaders. Burn their rackets to the ground.

Each enemy has a name. Choose to subdue criminals or use lethal force. Since you can add that name to the city obituaries, but beware: your choices have consequences. And any indiscriminate killing will lead Sam and the city down a darker path.
So if the fight isn’t going in their favour, criminals may attempt to flee. If they escape, they will also become more powerful. And you’ll have to deal with a bigger problem down the line.

Outside of battle, spend time treating injuries, crafting weapons and also armor. While you upgrade your base of operations. Forge the ultimate crime-fighting team with the UPLIFT character system. You can also allocate your team’s primary attributes. Determine their innate skills and choose from over 60 perks.

“This trouble isn’t going to take care of itself. Deal yourself in. Hit the streets. Take back your city.”

Vigilantes turn based tactical RPG is available both on Steam and the official website. Either way will have support for Linux, Mac and Windows, playable on Steam. Priced at $13.49 / €12.59 / £10.29 including the 10% launch discount until October 10th.