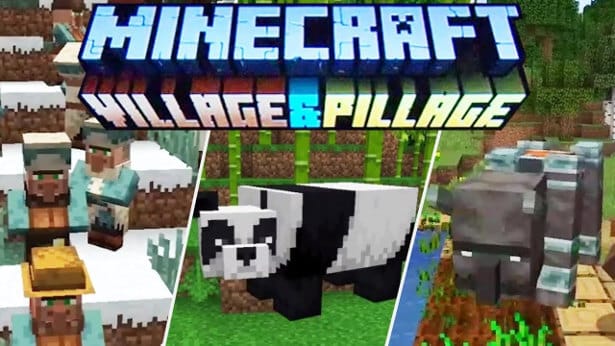 Village and Pillage the biggest update yet for Minecraft releases in Linux, Mac and Windows games. There are some nice changes, all thanks to Mojang. Even looking over the changelog. Which is huge by the way.


Village and Pillage took hardworking developers and pixel artists. While players, give Mojang constant feedback. Making this update something to be ultimately proud of. And since I don’t post a lot of about Minecraft. This is indeed a BIG update.

One the new features includes pillagers. Also one of the newest Minecraft mobs. Luckily pillagers are not the smartest. Since they have usually shoot each other. So you can pick them off at a distance with a crossbow.

What also catches my attention, the Wandering Trader. Since a mysterious merchant travels the lands in search of sales. You can exchange your emeralds with him. Since he has rare and exotic items. The Wandering Trader is also equipped to deal with mobs. So don’t worry about safety.

What’s more, you can interact with the dev’s. Just join the official Minecraft Discord.

There are still some known issue. Since some mobs are bugged. They might also look like new villagers in some Marketplace maps. Mojang is working on a hotfix. Which is coming soon. So don’t open those worlds until then. You can check out more information at aka.ms/brokenworlds.

There are just the new features for Village and Pillage. There are ton more, so check out the full changelog.

If you do now own Minecraft. The games available from the official website. Priced at $26.95 USD. With native Linux installs too.

Mojang’s “Cobalt” may Launch this Friday