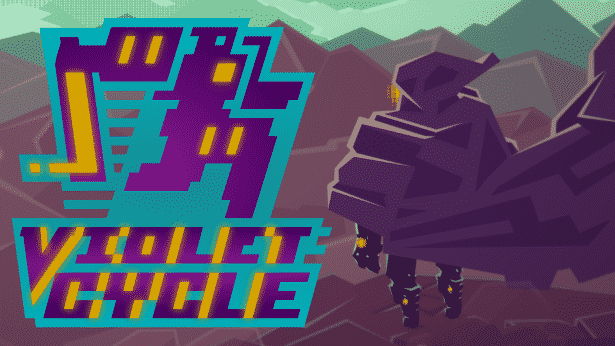 Violet Cycle the kinetic arcade action gets a full launch in Linux, Mac and Windows games on Steam. Digerati Distribution and Weckr Industries are happy exit a successful period of refinement.

Since Violet Cycle has left Steam Early Access. So anyone who buys the game during launch week. Will also get a 25% discount (offer ends 9 February).

While in Early Access the ‘hyperkinetic neopoly roguecade’ action game received various improvements. All based on user feedback. Including changes to controls and sound design. As well as enemy behaviour and gameplay readability. Two all-new boss encounters and Steam Trading Cards have also been added.

Violet Cycle has been created by lone-wolf debutant codesmith Marek Budik (aka Weckr Industries), whilst locked inside his lair deep within the Czech Republic. He has crafted the game as a personal labour of love over the course of two challenging years.

During its time in Early Access, Rock Paper Shotgun picked out Violet Cycle as an Unknown Pleasure and declared it “A good time!”, while PC Gamer described it as “An offbeat mix of Hyper Light Drifter and Transistor.”

Violet Cycle is a kinetic arcade action game. Embrace your rage as you slash through metal and wire, dispense silicon-shattering kicks and discover the beautiful order that lies hidden inside the dance of chaos. There’s also quite a bit of dashing.

Something terrible has happened to life itself in your pitiful corner of the universe and the only way forward is the way out. Set the last remaining Tower Garden on its way by climbing to the peak. Save the precious seeds of life found along the way. Do not fall to despair!

Violet Cycle is available now with a full launch release on Steam. The games also discounted 25% until February 9th. Which also includes native support for Linux, Mac and Windows.